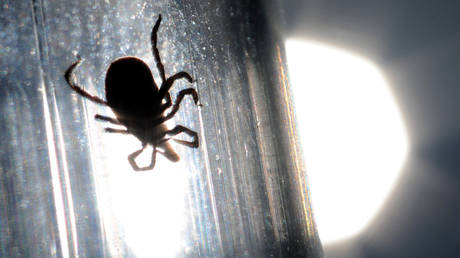 As if Covid-19 wasn’t enough, Chinese doctors are warning that the country’s population is threatened by yet another virus. The infection is passed by tick bites, but could also be transmitted between humans, experts say.

The SFTS virus has already infected around 60 people this year in China’s eastern Jiangsu and Anhui Provinces, and seven of them have died.

Symptoms of the potentially deadly infection include fever, cough, fatigue, nausea, and vomiting, as well as a decline in white blood cells.

SFTS isn’t exactly new, as the first cases of the tick-borne disease were reported in rural parts of the Hubei and Henan provinces back in 2009, and Chinese virologists isolated its pathogen in 2011.

The current case fatality rate of the re-emerging disease is between approximately 16 and 30 percent, according to the China Information System for Disease Control and Prevention. (RT)