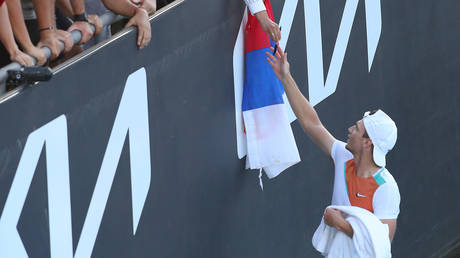 Italy’s Salvatore Caruso was handed a straight-sets drubbing in the Australian Open first round after stepping in for the deported Novak Djokovic, as opponent Miomir Kecmanovic vowed to dedicate victory to his countryman.

Caruso was handed a ‘lucky loser’ spot in the main draw in Melbourne after Djokovic lost his last-ditch legal appeal against the cancelation of his visa on Sunday. (RT)