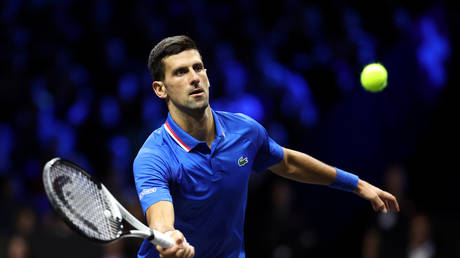 Novak Djokovic has stated that he will not follow generational rival Roger Federer into retirement as he does not feel “old enough” to do so.

Federer saddened the sports world last week by announcing his departure from tennis at the age of 41 after becoming aware of the “limitations” his body has placed on him.

With Djokovic aged 35 and Nadal 36, Federer’s decision has raised questions as to how much the other two members of the ‘Big Three’ might have left in the tank. 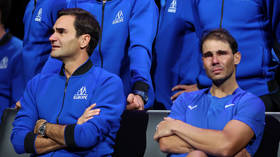 As confirmed at the Laver Cup where Federer made a tearful final professional appearance alongside Nadal in a Team Europe doubles defeat to Team World, however, Djokovic still feels in top shape.

Read more:   Trump and Macron urge for increased cooperation on coronavirus from UN

“I don’t feel yet so old, to be honest, for my tennis career to finish,” Djokovic said to reporters on Saturday.

“I still feel my body is serving me, is listening to me well. That’s the key I think when you get to 35-plus,” he added.

With neither the knee knocks that plagued Federer, nor the foot problems that have blighted Nadal, Djokovic is arguably the fittest of the three men and explained how he has adapted to try and ensure longevity at the top level.

“I’m not playing as much as I played [a] few years ago. I want to peak at the best tournaments, [the] biggest tournaments in the world, which are Grand Slams and some of the biggest ATP events, playing for my country,” Djokovic said.

“That’s what gives me the most motivation and inspires me to play the best tennis. I really want to keep going. I don’t have the ending of my career on the horizon at the moment. 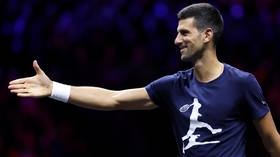 “I just want to keep going as long as I feel good and I can compete with the youngsters, that I could be one of the candidates to win Grand Slams,” he added.

Read more:   Who's the boss? SWIFT defies EU, caving in to US pressure to cut off Iranian banks

Beating 24-year-old US Open semi-finalist Frances Tiafoe 6-1, 6-3, Djokovic proved this to some extent at the Laver Cup in London on Saturday.