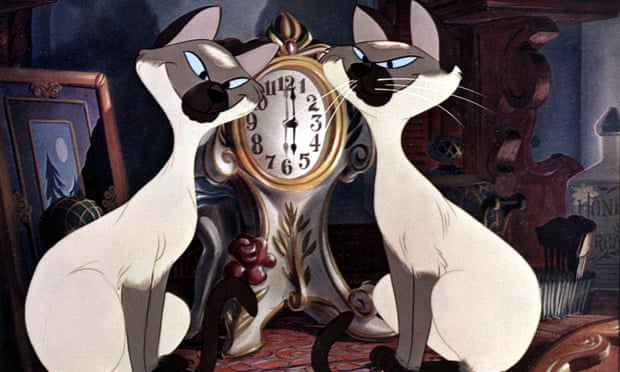 The new streaming service has added the disclaimer to some of its best-known movies, including Dumbo and Lady and the Tramp.

Warnings have been added to a number of classic Disney films playing on the recently launched Disney+ streaming service that they may contain “outdated cultural depictions”.

Users of the service have seen the warnings attached to some of the company’s best-known animated films, such as Dumbo, Peter Pan and Lady and the Tramp, with text that reads: “This program is presented as originally created. It may contain outdated cultural depictions.”

While other warnings such as “contains tobacco depictions” seem straightforward, these disclaimers reveal Disney’s sensitivities over controversial past instances of racially charged characters. Its 1941 hit Dumbo, for instance, contains a group of crows long seen as mocking stereotypes of African Americans (with one named after Jim Crow, the nickname for the system of laws enforcing segregation in the south after the civil war), while Lady and the Tramp, released in 1955, contains a pair of duplicitous Siamese cats who are given exaggerated oriental accents. The recent remakes of both films removed them.

While it was known beforehand that Disney’s most controversial film, the part-animated 1946 musical Song of the South, would not be included on the Disney+ service, it was thought that scenes such as Dumbo’s Jim Crow would be deleted. However, that has proved not to be the case: Disney has opted to show the original content with a disclaimer attached.

The Disney+ service was launched in the US on 12 November, and the company announced that more than 10m users had signed up in the first 24 hours.

An event has been held in the city of Petaling Jaya, Selangor state, Malaysia to…

Five Disney films have made more than $1 billion at the box office this year.…

“28 Mall CinemaPlus” held the press screening of “Ford v Ferrari”, the film based on…

The 14th Pomegranate Festival has kicked off in Goychay. The opening ceremony was attended by…