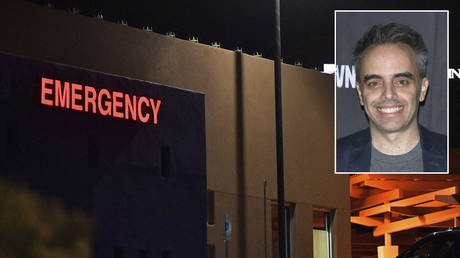 One of the victims of a tragic shooting incident during filming of the movie ‘Rust’, its director Joel Souza, has been released from a US hospital, according to a cast member. He was injured by a gun fired by actor Alec Baldwin.

The news of the 48-year-old director’s discharge was shared online by actress Frances Fisher, who is part of the cast of the film. In a Twitter conversation with her colleague Patricia Arquette, who was “sending prayers to Joel Souza,” Fisher replied that she had spoken to the director, who told her he was out of hospital.

Director Joel Souza told me he’s out of hospital.

English journalist Kate Garraway also shared the news when discussing the tragic event on a UK morning show. “We’ve just heard that he [Souza] is now out of hospital,” the broadcaster said on Friday’s Good Morning Britain. There are “no further details on what his condition is at the moment,” she told the hosts and viewers, adding, “The fact that he’s been released from hospital feels more positive than what it seemed earlier.”

According to initial reports, the San Francisco-based director was taken to Christus St. Vincent’s Regional Medical Center in Santa Fe, New Mexico in an ambulance after he was shot at the Bonanza Creek Ranch, where the Western film written and directed by Souza and produced by and featuring Baldwin, was in the works.

“A prop firearm was discharged” by Baldwin, according to a statement from the Santa Fe sheriff’s department. The film’s director of photography, Halyna Hutchins, who was 42 years old, was shot and killed. (RT)