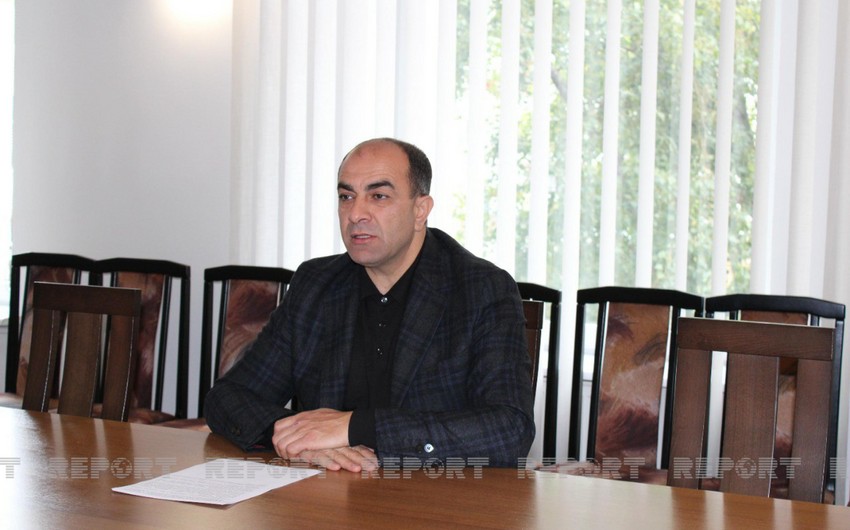 Thousands of Azerbaijanis are fighting for the territorial integrity of Ukraine, the Chairman of the United Ukrainian Azerbaijanis Congress (UKAU) Rovshan Taghiyev told Report.

“Over the past three months, many Azerbaijanis have left Ukraine, but some of them are returning. Most of the work on the evacuation of tens of thousands of Azerbaijanis fell on the embassy and other organizations, including regional offices of the Congress of Ukrainian Azerbaijanis. We have offices in each of the 24 regions. Particularly, the representative offices located in the western regions have helped thousands of Azerbaijanis with relocation issues. We have done a lot of work not only on the evacuation of Azerbaijanis, but also on the evacuation of other peoples. More than half of the Azerbaijanis living in Ukraine remain in the country. Most of those who left are children and women. We, the United Ukrainian Azerbaijanis Congress, delivered buses and ambulances from the USA and handed them over to the local rescue service in Odesa. Tens of thousands of people were evacuated from Mariupol, Zaporizhzhia, Kherson and Odesa by mid-April. Thanks to the efforts of the former deputy, half-Azerbaijani, Georgy Logvinsky, we helped people in Chernihiv, Sumy and Kharkiv,” Taghiyev said.

He also stressed that Azerbaijani citizens of Ukraine are participating in the battles for the territorial integrity of the country.

“I believe that today in Ukraine, the issue of security is being resolved not only for the country itself, but also for the Caucasus and Europe. Ukraine’s exit from the war with the full provision of territorial integrity is in the interests of Azerbaijan as well. Now hundreds, thousands of our compatriots are participating in the war on the side of Ukraine. Among them are the wounded and the dead, as well as those who received the title of National Hero. We keep in touch with Azerbaijanis wounded in battles. In my opinion, the participation of Azerbaijani citizens of Ukraine in the battles for the territorial integrity of the country and the coverage of information about this in the media creates a positive image of our people,” he noted.

Read more:   All martyr families will be provided with apartments and houses by the state - President Ilham Aliyev

Taghiyev also noted that he is in Europe, where he has several meetings with European MPs.

“Now, we are discussing sending assistance from Italy to Ukraine. A large batch of aid is expected from America. It is remarkable that, on the instructions of President Ilham Aliyev, help also came from Azerbaijan. In this regard, the public opinion about Azerbaijanis is very positive in Ukraine,” he said.

Taghiyev noted that in connection with the situation in Ukraine, he is in contact with diasporas in Europe.