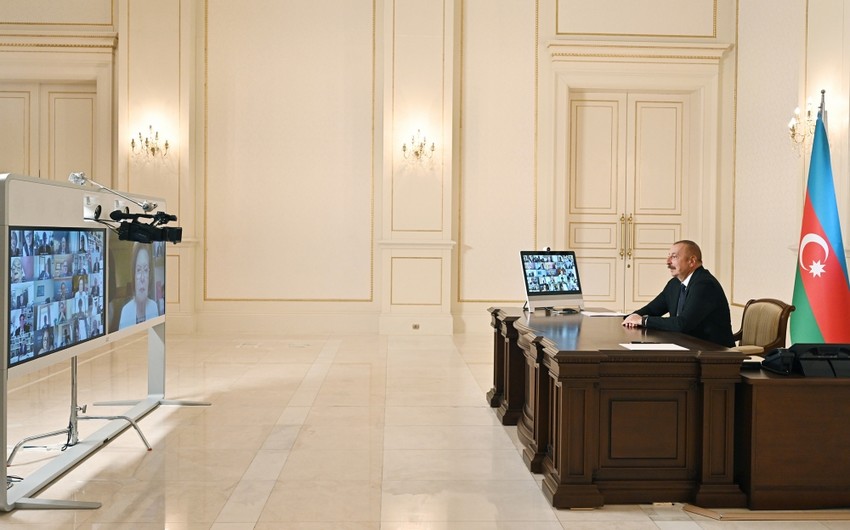 On May 20, the Nizami Ganjavi International Center (NGIC) held videoconference discussions entitled “South Caucasus: Prospects for Regional Development and Cooperation.” The event was attended by the President of the Republic of Azerbaijan Ilham Aliyev, who answered questions from participants. By the way, despite the pandemic, Azerbaijan hosted 28 conferences and 90 sessions. Participants from 60 countries joined the Center’s events, and 370 speakers spoke during them. Nizami Ganjavi International Center was established by a decree signed by the President of the Republic of Azerbaijan on September 30, 2012, at a special meeting held on December 23, 2011, in Ganja, the poet’s hometown, as part of the 870th anniversary of the great Azerbaijani poet Nizami Ganjavi.

The non-governmental organization, which continues to operate with the support of the President of the Republic of Azerbaijan, unites former heads of state, government, and influential international experts from various countries. The supreme governing body is the Board of Directors, which consists of prominent public and political figures of the world. The board is composed of 20 well-known politicians. The Center has 53 prominent members from 25 countries in Europe, six from 2 countries in the Americas, 15 from 12 countries in Asia, and five from 4 countries in Africa. The co-chairs are Vaira Vike-Freiberga, former President of Latvia (1999-2007), former Vice President of the World Bank Dr. Ismail Serageldin (1992-2000), Executive Director Elnur Aliyev, and Secretary-General Rovshan Muradov. 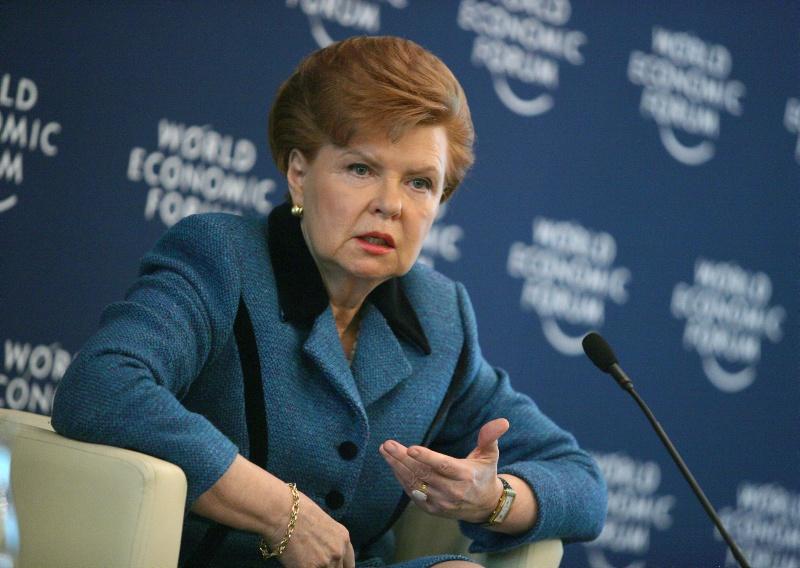 The Nizami Ganjavi International Center has hosted 7 Global Baku Forums and 42 High-Level Meetings since 2013, and more than 500 foreign guests attended each forum. The Nizami Ganjavi International Center has become the highest cooperation platform, traditionally hosting the Global Baku Forum in Baku and various high-level meetings to discuss global challenges. This was the first event held by the Center during the pandemic and after the Second Karabakh War. The issues addressed by the Center in political, cultural, economic, and other spheres can be considered as a message to the international community. It is also a platform for conveying the truth about Azerbaijan to the world. The discussion on “South Caucasus: Prospects for Regional Development and Cooperation” can also be considered necessary to assess the new geopolitical situation in the region after the Second Karabakh War. 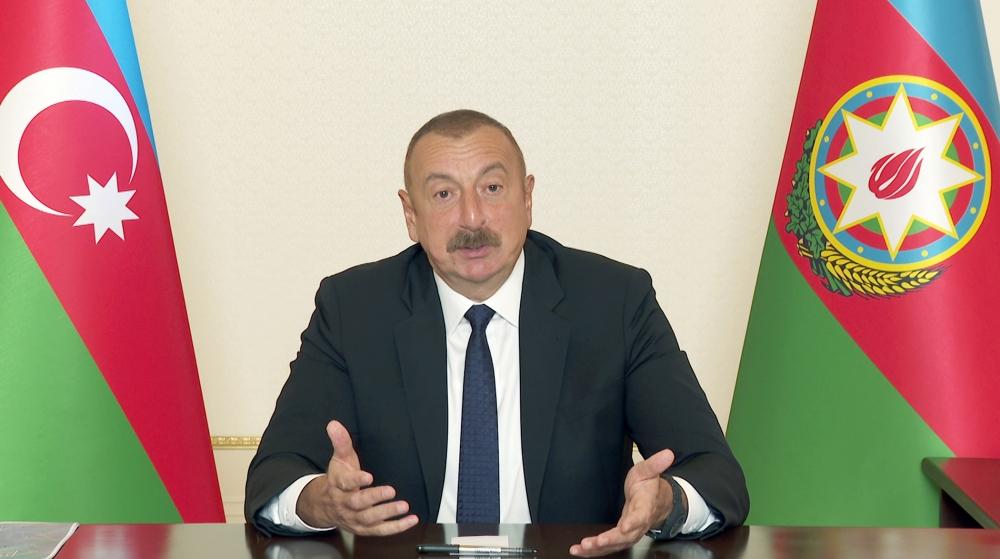 Recently, the Armenian government and their patrons and the media promoting Armenian stir have been making false allegations, conducting a traditional slander campaign against Azerbaijan, and talking about the suffering of the Armenian ethnic group. The co-chairs of the OSCE Minsk Group, the United States, and France are playing a more active role in this direction. To make matters worse, the European Parliament joined the lies of the Armenians and Armenia by making false allegations against Azerbaijan at its last session. The EU claims that there are allegedly Armenian prisoners in Azerbaijan. However, until November 10, 2020, the captured Armenian servicemen were returned. Armenian service members detained in Azerbaijan after the statement are not considered captives or hostages. Although the Azerbaijani side has repeatedly brought this issue to the attention of the European Union and other international organizations, they do support not the reality but the Armenian fraud. Despite numerous appeals from official Baku, such international organizations have not commented on the issue of 4,000 Azerbaijani servicemen held captive by Armenia during the First Karabakh War. Or he did not raise this issue with official Yerevan. Therefore, these numerous events held by the Center help to bring the reality to the attention of some international organizations.

President Ilham Aliyev’s speeches, both during the war and in the post-conflict period, the new information strategy play a vital role in disarming Armenia, the Armenian lobby, and foreign forces that do not want Azerbaijan. On April 11, in a roundtable discussion on “A new vision for the South Caucasus – postwar development and cooperation” jointly organized by ADA University and the Center for International Relations Analysis, the head of state once again brought the new regional situation to the attention of the international community by answering questions from representatives of leading think tanks from 15 countries. 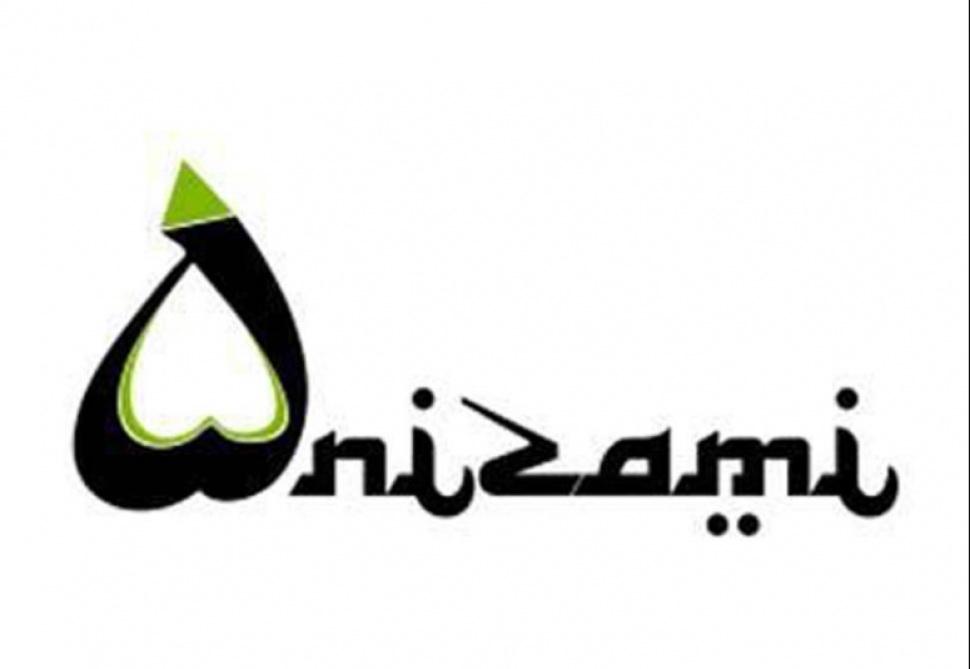 As the new information strategy created conditions for informing the world community about the realities of the Armenian-Azerbaijani conflict and the Patriotic War during the war, it also allows telling the world about the plans for the future of the region in the post-conflict period, the reconstruction and restoration of the liberated territories, the vandalism of the Armenians and its moral and legal consequences. Therefore, during the discussion, the President clarified the essence of all issues and demonstrated a systematic approach to them.

Noting the new situation in the region, the head of state stressed the need for a new approach. He said the second Karabakh war radically changed the situation.

“Azerbaijan openly declared its position that we won’t cooperate with Armenia until the territories are liberated, and I think that Armenia itself has now understood that they made a very big mistake because they lost time,” the President of Azerbaijan said.

“If we look at today’s situation in Armenia, we will see that the situation is much worse than when Armenia became an independent country because today Armenia doesn’t have army, it has been totally destroyed,” President of Azerbaijan Ilham Aliyev said. The head of state said that Armenia is ‘in permanent political crisis for more than six months, there is a big degree of mistrust in society, mutual accusations, and some political leaders’ rhetorics is beyond any acceptable framework.”

“So they lost time, they were deprived of the initiatives of Azerbaijan with respect to energy and transportation development, and finally they lost territories which they occupied and the territories which never belonged to them neither by history nor by international law,” the President said. 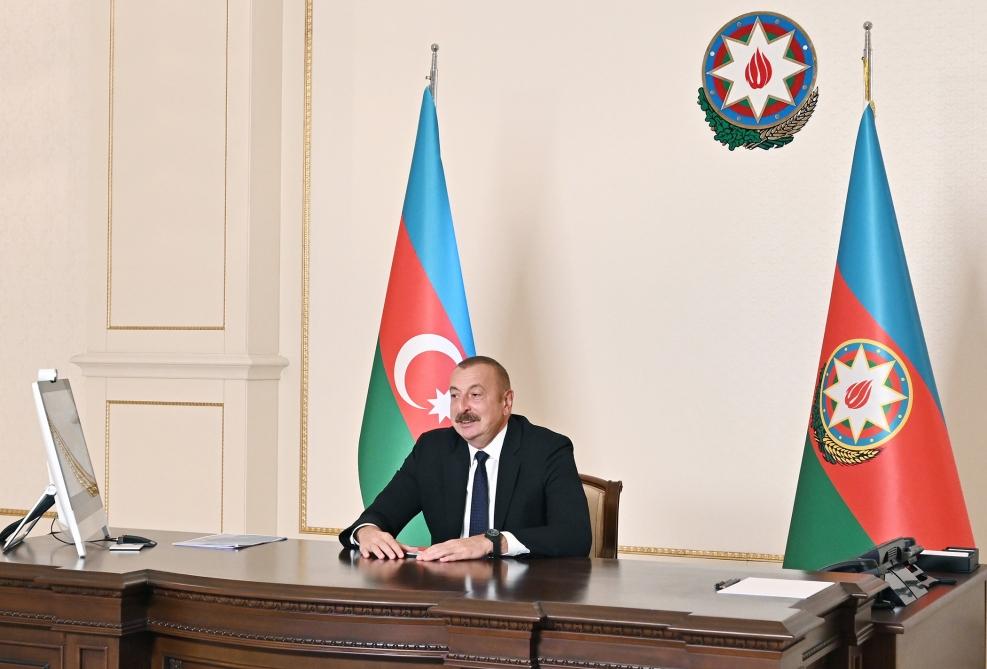 President Ilham Aliyev also spoke about the successes of regional cooperation. He noted that the Baku-Tbilisi-Ceyhan Main Oil Pipeline, the Trans-Adriatic Pipeline, the Baku-Tbilisi-Kars railway project, and others connect all points in the Caspian region, the Caucasus, and Turkey. The President also informed the participants about the critical role of Azerbaijan in the implementation of such regional projects. Speaking about the role of Azerbaijan in the international political arena, the President told about the meetings of the NATO Military Command and the Chief of General Staff of Russia in Baku. Speaking about Azerbaijan’s relations with the United States and Russia, the President said that relations with the United States are less diverse than relations with Russia, citing a long history of ties with Russia and proximity. According to him, Azerbaijan’s connections with Russia are multifaceted, covering almost every area. The president said the main areas of cooperation with the United States are the fight against terrorism, peacekeeping operations in both Iraq and Afghanistan, energy security and some other areas. The policy of both countries towards Azerbaijan, as well as Azerbaijan’s policy towards these countries, has always been stable and predictable.