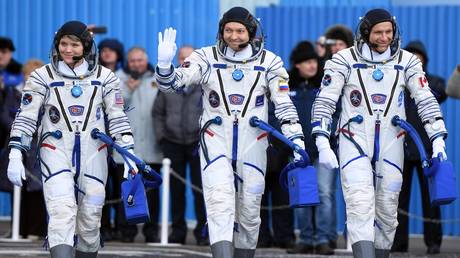 Moscow has signed off on plans to extend an agreement that enables collaboration with the US in space, allowing Russian cosmonauts and American astronauts to go boldly into the skies together in the name of peaceful exploration.

On Saturday, Russian Prime Minister Mikhail Mishustin approved the proposals, extending the agreement until the end of 2030. According to a missive from officials, it will underwrite “the exploration and the use of outer space for peaceful purposes” for the best part of the coming decade.

“This document is one of the main legal instruments that form the conditions for Russian-American cooperation in space exploration,” the government’s press service notes. “The extension of the agreement is in the interests of both parties and will contribute to the effective implementation of joint space projects.” (RT)