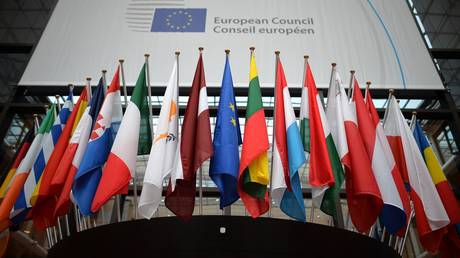 European Council headquarter is pictured ahead of the European Union leaders summit in Brussels, Belgium © Sputnik

55% of Russians have a positive attitude toward the European Union. That’s according to a newly published survey, which also discovered that 9% think Russia should strive to become a member.

New research published by WCIOM, the state-owned All-Russian Center for the Study of Public Opinion, revealed that around half (48 percent) of those surveyed would like Russia to become an equal partner in the EU. This is 15 percent higher than those who said the same in 2008, marking a significant change in the past 13 years.

In recent months, relations between Moscow and Brussels have deteriorated. Following the alleged poisoning of opposition figure Alexey Navalny, the EU has imposed sanctions on Russian individuals and has threatened further economic measures against the country. (RT)