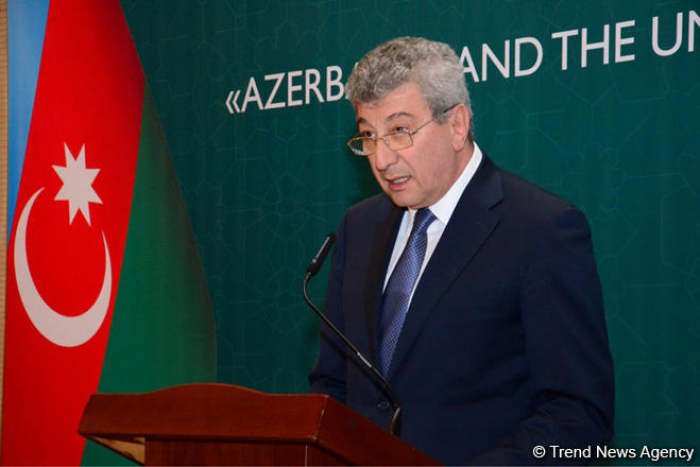 Azerbaijan’s priority during the chairmanship in the Non-Aligned Movement will be to contribute to the preservation of peace and stability, Azerbaijani Deputy Foreign Minister Ramiz Hasanov said at the briefing in Baku on Oct. 22.

“Azerbaijan’s priority will be to contribute to the preservation of peace and stability on the basis of the norms of international law,” the deputy foreign minister said.

Spokesperson for the Azerbaijani Foreign Ministry Leyla Abdullayeva stressed that the priorities also include strengthening solidarity within the organization and increasing its credibility.

The 18th Summit of the Heads of State and Government of the Non-Aligned Movement member-states will be held in Baku on October 25-26 and Azerbaijan will chair this structure in 2019-2022.