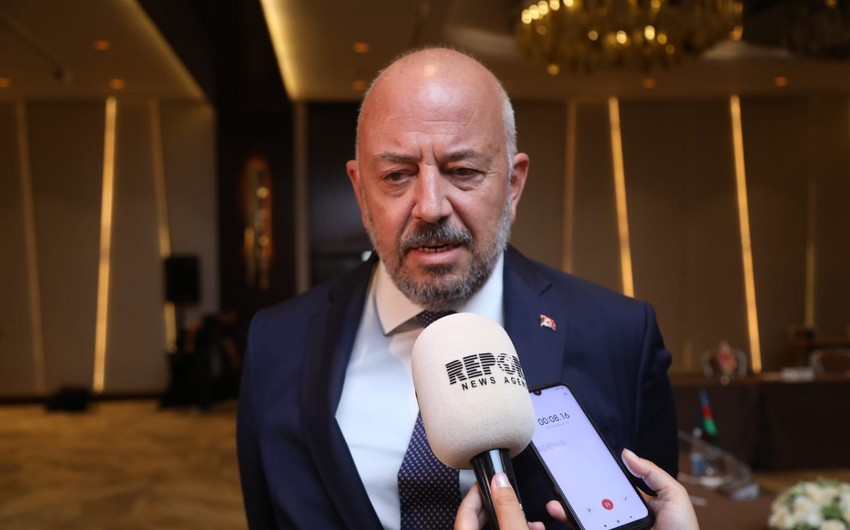 It is planned to finish some works related to the implementation of the Agreement between the governments of Azerbaijan, Georgia, and Turkiye on the initial exchange of information for the facilitation of transit customs procedures within the framework of the Baku-Tbilisi-Kars (BTK) railway project within three months, Deputy Minister of Trade of Turkiye Riza Tuna Turagay told Report.

According to him, it is planned to implement simplified customs service between the countries, to share risk analyses by providing information exchange in advance:

“When risk analyses are shared, control will not be duplicated, but effective control will be. Currently, Azerbaijan, Georgia, and Turkiye’s customs administrations carry out the same, which causes a waste of time.

“Now, the infrastructure for this is being built, related works need to be implemented so that we can achieve success in trade. The customs offices of all three countries are working in this direction.”

Turagay recalled that the first meeting of the Tripartite Committee on Customs Issues between the governments of Turkiye, Azerbaijan, and Georgia was held in Izmir last October, and today the second meeting was held in Baku:

“We will follow the topics discussed today until the third session and intensify our work on simplified customs services. Technical conditions will be prepared so that the corresponding infrastructure can be built. We plan to finish such works within three months.”

The deputy minister believes that the volume of freight transported by the Baku-Tbilisi-Kars railway line is not satisfactory enough: