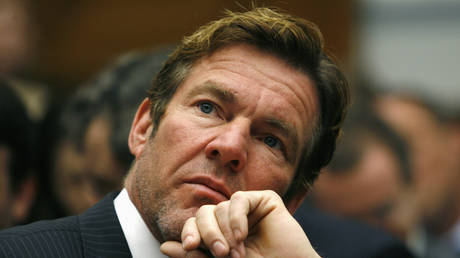 Actor Dennis Quaid believes President Donald Trump is “doing a good job” handling the coronavirus — an opinion already earning him plenty of blowback as he stands out from the usual Hollywood leftist crowd.

In an interview with The Daily Beast meant to promote his upcoming podcast — ‘The Dennissance’ — actor Dennis Quaid found himself in a political argument where he was doing something almost no one in Hollywood does — defending the president.

The ‘Dragonheart’ star was asked about Trump’s response to the current pandemic because he is a “patient-safety advocate” who has produced numerous documentaries on healthcare, and even testified on Capitol Hill about the subject.

“I think he’s handling it in a good way,” Quaid said of Trump. Describing himself as an “independent” who has voted for both parties, the actor praised the president’s daily press briefings and said “the travel ban early on was a great idea.”

Also on rt.com Family plans to survive Covid-19 apocalypse by spending YEARS in underground bunker while virus ravages the world

Quaid added that the coronavirus could “be an opportunity for the country to come together again,” similar to after World War II.

The actor received pushback for his opinion in the interview, but he held his own, putting blame on China for responding too slowly to the virus, and states like New York for not being prepared enough with medical supplies, such as ventilators. (RT)