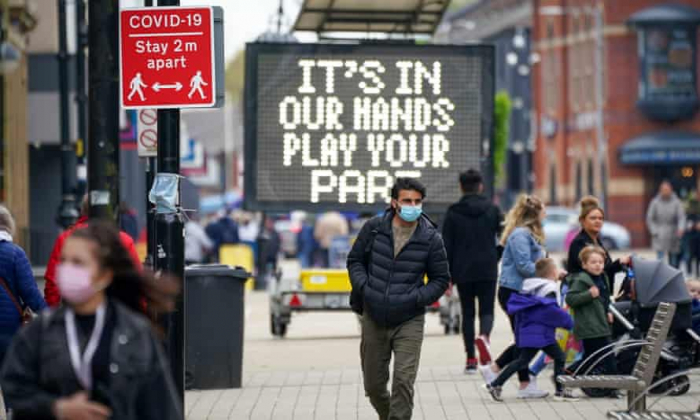 The Delta variant, which was first detected in India, could account for 90% of new coronavirus infections in Europe by late August, the EU’s disease control agency said on Wednesday, according to Euronews.

“Based on the estimated transmission advantage of the Delta variant and using modelling forecasts, 70% of new SARS-CoV-2 infections are projected to be due to this variant in the EU/EEA by early August and 90% of infections by the end of August,” the European Centre for Disease Prevention and Control (ECDC) said in its regular threat assessment brief.

The variant, which first originated in India, has been declared “of concern” by the World Health Organisation (WHO) and has now spread to more than 60 countries worldwide. It is estimated to be 40-60% more transmissible than the Alpha variant, first detected in England.

It may also be associated with a higher risk of hospitalisation and evidence suggests that people who have received only one dose of a two-dose vaccination course are less protected against it than against any other variants, regardless of the vaccine type. Full vaccination, however, provides nearly equivalent protection against the Delta variant.

In the UK, the Delta variant is already behind more than 90% of new COVID cases and has led to a surge of infections despite the high vaccination rate. This forced the government to delay a planned easing of restrictions in England by four weeks.

European member states have tightened border controls for travellers from India and from the UK as a result of the variant.

The ECDC warned that because primo-vaccinated people are less protected against it, “it is likely that the Delta variant will circulate extensively during the summer, particularly among younger individuals that are not targeted for vaccination.”

“This could cause a risk for the more vulnerable individuals to be infected and experience severe illness and death if they are not vaccinated,” it added.

The ECDC’s modelling scenarios indicate that any relaxation over the summer months of the stringency of non-pharmaceutical measures that were in place in the EU/EEA in early June could lead to a fast and significant increase in daily cases in all age groups.

Those over the age of 50 would be most impacted, “with an associated increase in hospitalisations, and deaths, potentially reaching the same levels of the autumn of 2020 if no additional measures are taken,” the ECDC said.