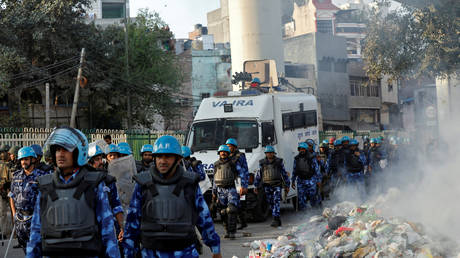 At least 13 people have been killed and 150 injured in sectarian clashes over a new citizenship law in Delhi, India, since intense violence erupted in parts of the capital on Sunday, hospital officials said.

There were reports of stone-throwing by protesters, with some seen bearing metal bars, when fresh skirmishes broke out on Tuesday between people supporting the legislation and those against it.

Around 3,500 police and paramilitaries have been deployed, according to local authorities, with cops firing tear gas and pellets to disperse crowds of protesters. (RT)