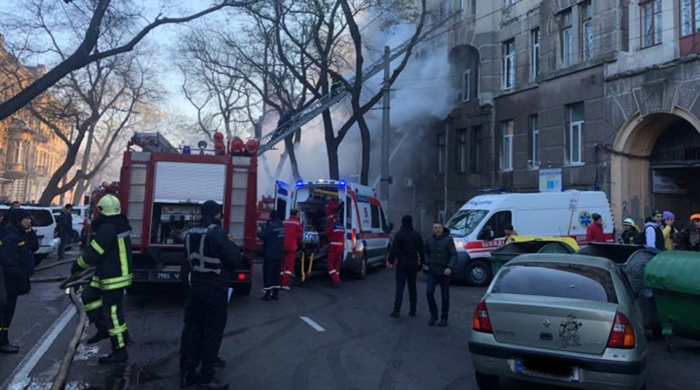 The death toll in the December 4 fire at the economics, law and hospitality business college in the Ukrainian port city of Odessa has reached 10, the State Emergency Service reported on Sunday, TASS reported.

“A total of 10 people have been killed in the fire,” the statement published on its website said. Earlier on Sunday, rescuers discovered two more bodies under the rubble. Earlier reports said eight people had died in the blaze.

The fire in the college building broke out in the morning of December 4, when there were over 400 people inside. Eyewitnesses said that escaping the blaze, the students were jumping for their lives from the fourth-and fifth-storey windows.

The fire covering an area of 4,000 square meters was contained at about 14.00 Kiev time. Police opened a criminal case into fire safety violations. The cause of the blaze is being investigated. Police said there were two suspects in the case.

Ukrainian President Vladimir Zelensky declared December 8 as a day of mourning for the victims.