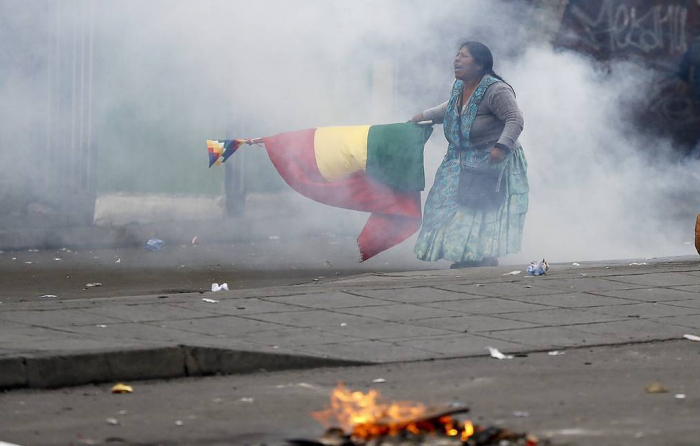 At least 10 people were killed in the unrest that has raged in Bolivia since October 20, the El Deber newspaper said citing Director of the Bolivian Institute of Forensic Investigations Andres Flores.

“At the national level, IFI examined 10 bodies,” he said. “In eight cases, gunshot wounds were the cause of death.”

Mexico’s Noticias MVS radio station earlier said, citing information from the office of Bolivia’s human rights commissioner, that at least 508 people have been injured and eight killed since the protests broke out on October 20.

A total of 39 people have been injured as a result of police officers’ actions, while 469 have sustained wounds in clashes with civilians.

In total, 460 people have been detained in various regions of the country.

The presidential election in Bolivia was held on October 20. According to the Supreme Electoral Court, incumbent President Evo Morales won in the first round. His main competitor, Carlos Mesa, said that he does not recognize Morales’ victory in the first round. After the results of the election were announced, large-scale protests and strikes started across the country.

On November 10, Morales announced his resignation describing the developments in his country as a coup.

Two days later. Morales traveled to Mexico, which granted him political asylum. On the same day, the second vice president of the Bolivian Senate, Jeanine Anez, declared herself interim president and promised to hold the next presidential election as soon as possible.