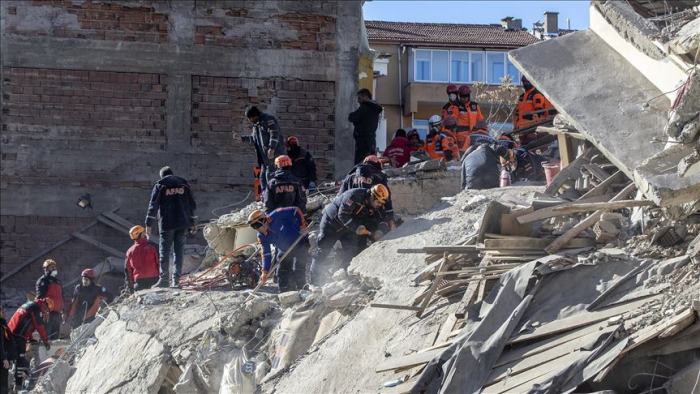 The death toll from Friday’s powerful earthquake in eastern Turkey rose to 31, the country’s disaster relief agency said, according to Anadolu Agency.

So far, 1,547 people have been reported injured as rescue workers continue recovering victims buried under the rubble, according to the Disaster and Emergency Management Authority (AFAD).

A total of 45 people have been rescued including a woman, 17 hours after her house collapsed.

AFAD said rescue work continues with more than 3,433 personnel with hundreds of vehicles and 17 sniffer dogs in the region.

A team of surveyors is assessing the damage caused by the earthquake, with initial reports suggesting 76 buildings were demolished while 42 damaged and 425 with minor damages.

More than 530 aftershocks were felt in the region with nine above a 4.0-magnitude.

“We have borne many earthquakes but the nation has risen above them patiently,” said Erdogan, asking citizens to exercise strength in their weakest hour.

Condolences poured in from world over, including from the U.S., Russia, Germany, France, Malaysia and Pakistan.