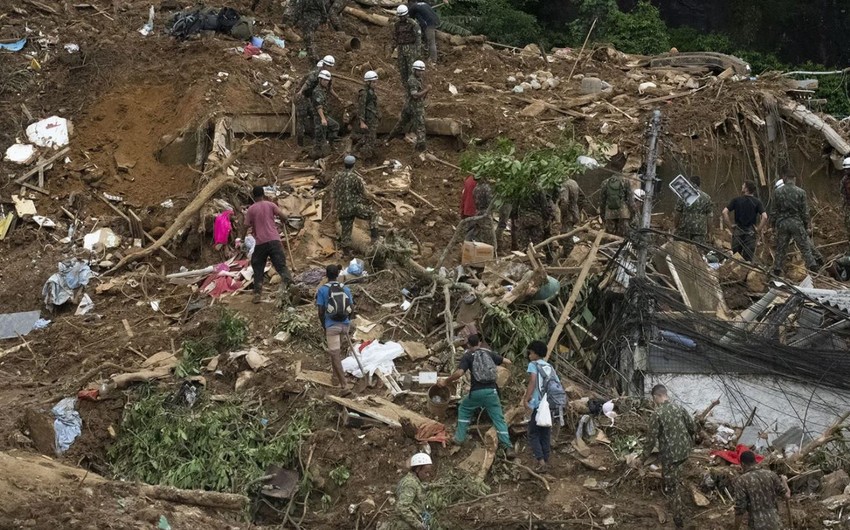 The death toll due to heavy rains in the Brazilian city of Petropolis in the state of Rio de Janeiro has risen to 111, and another 116 people are missing, Report informs, citing Haber Global.

Heavy rains provoked landslides and floods on Tuesday when 260 liters of rain per square meter fell in just over six hours. This is much more than usually happens in this region of Brazil in February.

Rio de Janeiro Governor Claudio Castro arrived in the region affected by the downpours on Wednesday. Earlier, he described the current situation as “close to war.” At a press conference, he said that the rain that hit the region was “the heaviest since 1932.”