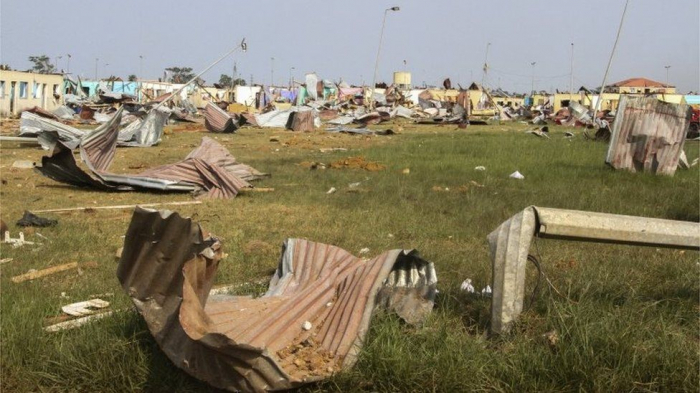 A series of explosions on Sunday in Equatorial Guinea is now known to have killed 31 people, officials say. The number of those injured rose to 600, according to BBC.

The blasts hit a military base in the country’s main city, Bata. Officials blame badly stored dynamite along with stubble burning by nearby farmers.

Teams including volunteers continue to search the wreckage of buildings and homes for victims.

Three young children were found alive and taken to hospital.

Local media showed a row of covered bodies along a street.

There are fears the death toll could rise further as some victims may still be trapped.

In a statement, President Obiang Nguema said the blasts had been caused “by the negligence of a unit charged with the care and protection of stores of dynamite and explosives” at the Nkoantoma military base.

He said the base had “caught fire due to neighbouring farmers clearing farming land by setting it alight, leading to the explosion”. The president has appealed for international aid.

Hikmat Hajiyev: We would like to hope that US Administration will not make a historic mistake