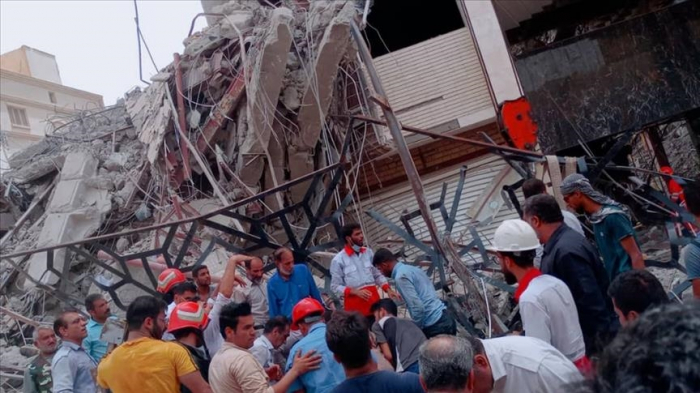 The death toll from a building collapse in southwestern Iran rose to 11 on Tuesday, with officials fearing more people could still be trapped under the rubble.

Mohammad-Hassan Nami, chairperson of the Crisis Management Organization, said 11 bodies have been recovered so far while the number of injured people increased to 32.

Efforts are under way to rescue people still trapped under the wreckage of the 10-story building that collapsed in the city of Abadan on Monday, he added.

More than 150 people are said to inside the Metro Pol commercial building on the busy Amiri Street when it collapsed.

Mentioning that they are vacating all the nearby buildings which risk collapse, the official said rescue teams are trying enter the basement through tunnels dug around the collapsed building.

Meanwhile, the number of people taken into custody amid an investigation into the incident has also risen to 10, Khuzestan Prosecutor General Sadiq Jafari Chegeni said in a statement.