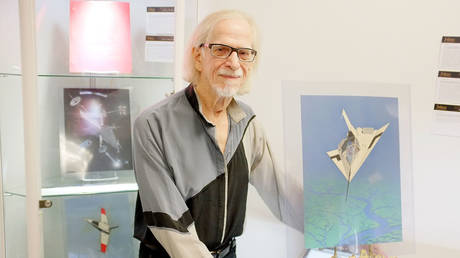 Colin Cantwell, the concept artist responsible for designing a number of iconic spacecraft seen in the Star Wars movies, such as the X-wing and Death Star, has died at the age of 90.

His partner of over 20 years, Sierra Dall, confirmed his death to the Hollywood Reporter, stating that Cantwell had passed away at his Colorado home on Saturday.

Apart from designing and constructing the prototypes for George Lucas’ Star Wars films, Cantwell also worked on a number of Hollywood productions throughout his career and even assisted the broadcast of the 1969 Apollo 11 moon landing while working for NASA.

Born in San Francisco in 1932, Cantwell attended the University of California in Los Angeles where, according to the bio published on his website, he insisted on adding an animation major and became the first graduate with an animation degree. (RT)