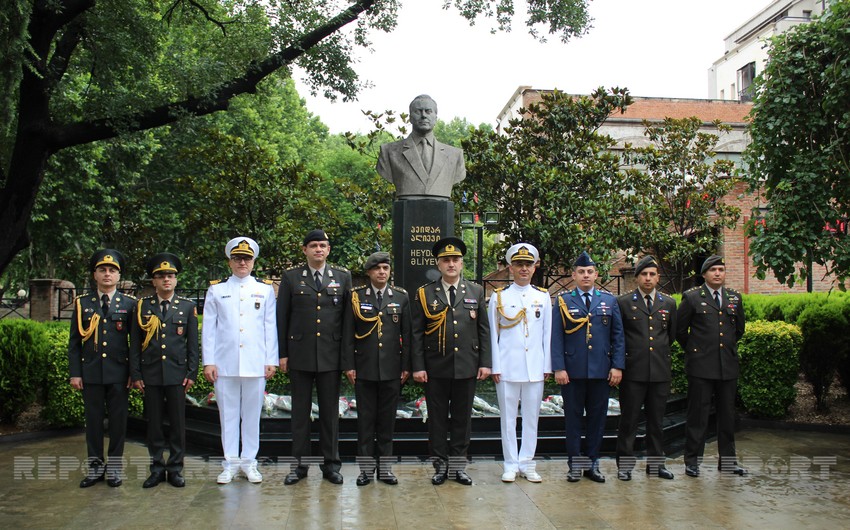 The Day of Azerbaijan’s Armed Forces has been celebrated in the capital of Georgia – Tbilisi, the Georgian bureau of Report informs.

On the occasion of the 104th anniversary of the creation of the Azerbaijani army, a monument to the national leader was visited in the Heydar Aliyev Park.

Azerbaijani Ambassador to Georgia Faig Guliyev, military attaché Colonel-Lieutenant Fuad Ibrahimov, the office of the military attache and embassy staff laid flowers at the bust of the great leader.

Military attache of Turkiye in Georgia, Colonel Burak Altiner and employees of the military attache’s office also attended the event. They congratulated Azerbaijan and Azerbaijani colleagues on the Day of the Armed Forces.