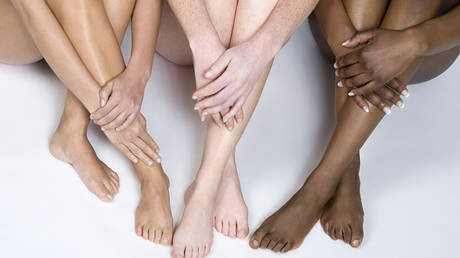 Conservatives have long accused the liberal media of sexualizing children, and the New York Times’ glowing portrayal of a Danish TV show featuring fully nude adults in front of children has left many commentators livid.

‘Ultra Strips Down’ is a children’s show in Denmark in which an audience of 11- to 13-year-olds watch adults disrobe so they can ask them questions about their ‘imperfect’ naked bodies. The show’s producers say the intention is to fight body shaming and encourage body positivity.

To combat body shaking and promote body positivity, an award-winning Danish TV show presents five naked adults with less than perfect bodies to an audience of 11, 12 and 13 year olds, who get to ask the models questions https://t.co/EHJBFbwtsC

The program has been on the air since last year and won an award for the best children’s program of 2019 at the Danish TV Festival. In that time, the show has featured a post-surgery transgender model, a dwarf, and a man with horns surgically implanted into his head.

However, the series has raised some eyebrows in the US, after the New York Times ran a feature on it on Friday. The piece was largely positive, and described the show as helping children feel more confident in their own bodies. “At first, they said, they had giggled at the idea of the show,” the article read. “But they had learned something useful.”

That’s not how many commentators in the US saw things. “I’m starting to think I need to keep the libs away from my kids,”quipped journalist Noah Pollak. “Child abuse gets woke,” conservative pundit Ben Shapiro commented.

“Promote body positivity by exposing yourself to children”. https://t.co/wFML6tJTCw

God is going to smite us, and we deserve it https://t.co/k0ftVO5GuK

Sexual mores have long differed in the US and Europe, with family outings to nude beaches considered normal in Denmark, and public nakedness generally accepted as benign in Germany. Many Americans, however, have not reacted well to the efforts of their liberal media to change this situation. A recent article sticking up for online child predators was slammed as “defending pedos,” and a 2014 piece describing pedophilia as “a disorder, not a crime” left commentators furious.

‘Ultra Strips Down’ is described as a non-sexual show, filmed with the consent of parents, where the underage audience can leave at any time if they feel uncomfortable. And, despite the avalanche of criticism, some commentators praised the Times for showing the US how things are done abroad.

Nudity is nothing to be ashamed of or scorned. Stop damaging psyches by freaking out over the human body. https://t.co/K1rjTIWGs3

The program has also received some criticism in Denmark, with right-wing politician Peter Skaarup telling the country’s BT tabloid this month that “it’s far too early for children to start with penises and vaginas. It corrupts our children, who at that age already have many things running around their heads.”

In the US, the controversy over ‘Ultra Strips Down’ comes just weeks after Netflix premiered ‘Cuties’, a French film depicting preteen girls engaging in sexually provocative dance scenes and stripping down to their underwear. As Republican congressmen demanded Netflix be investigated for alleged child exploitation, the outrage online was near-universal. (RT)