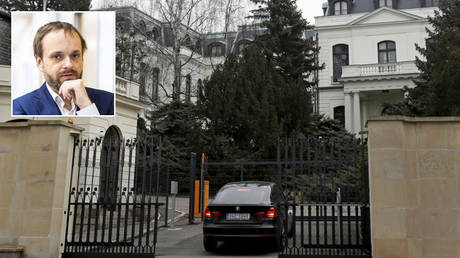 The Czech Republic has warned that as many as 22 Russian envoys and 48 support staff could soon be sent home in the wake of a growing row over allegations Moscow’s intelligence agencies blew up an ammunition depot in the country.

The nation’s new foreign minister, Jakub Kulganek, appointed only one day before, told reporters on Thursday that Prague would order the expulsions if Russia did not reverse its own ban on 20 Czech diplomats. Moscow made the move in retaliation to an earlier decision by Kulganek’s predecessor to bar 18 Russian officials from the Czech Republic. The Central European nation said that the response was “stronger than expected” and has since asked Western states to follow suit and send diplomats home.

“Yesterday,” the minister revealed, “I told the ambassador that if our diplomats are not returned to Moscow, we will reduce the composition of the Russian Embassy in Prague to the same level. Since the Russian side has not responded, we decided to begin implementing this decision.”