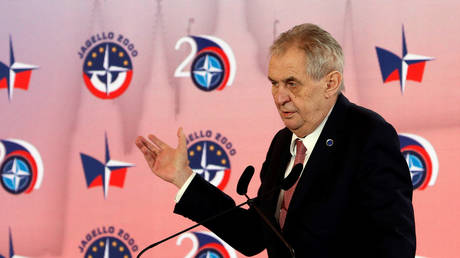 Speaking in Serbia, the anti-mainstream Czech President Miloš Zeman said he’d like his goverment to withdraw recognition of the breakaway Kosovo province as an independent state, which would be the first such walkback in Europe.

Zeman expressed his Kosovo wish on Wednesday, during his official visit to Belgrade. He also said that he would discuss the issue with Czech lawmakers when he gets back to Prague.

The president would “ask the Czech government if it’s possible to review the recognition of Kosovo,” his spokesman Jiri Ovčaček wrote on Twitter.

Should Prague follow through on Zeman’s desire, Czechia would become the first European country to withdraw the recognition of Kosovo, as well as the first EU and NATO member to do so.

This isn’t the first time Zeman has bucked EU and NATO political consensus over an issue. His most notable departures include the migrant crisis and Ukraine, which he called a “mafia state.” (RT)