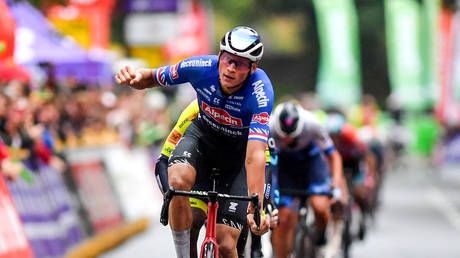 Mathieu Van Der Poel was detained just hours before he was due to race. ©  Luc Claessen / Getty Images

Mathieu van der Poel has admitted to assaulting teenage girls who were disturbing him before the World Championships Mathieu Van Der Poel was detained just hours before he was due to race. © Luc Claessen / Getty Images

Dutch cyclist Mathieu van der Poel has admitted to the common assault of two teenage girls who he claims were repeatedly disturbing him in the corridor outside his hotel room on the night before he was due to compete in the World Championships.

The 27-year-old was arrested in advance of Sunday’s road just outside Sydney, Australia, at which he was among the favorites to claim first place.

Van der Poel allegedly grabbed the arm of one girl and pushed the other against a wall after he claims they were repeatedly knocking on his hotel room door and running away when he answered.

One girl is understood to have fallen over and the other hit her elbow against a wall, which caused a minor graze at the Brighton-Le-Sands hotel. They are reported to have been aged 14 and 13.

“After a few times I was done with it,” he was quoted as saying by Belgian publication Sporza.

“I didn’t ask so nicely to stop. Then the police were called and I was taken.” 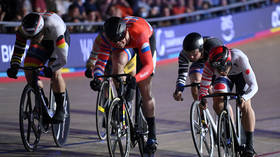 He pleaded guilty to charges related to the incident at Sutherland local court on Monday and was ordered to pay fines totaling A$1,500 (US$966).

“He [Van der Poel] admits he dealt with it inappropriately but still there’s an explanation,” his lawyer Michael Bowe said.

“We went through the relevant events that occurred, he was arrested by police, was interviewed by police and said certain things to the police. Mathieu agreed with some of those allegations. On discussing it was agreed he should plead guilty.

“The damage he suffered was enormous. He feels like he’s let his whole country down and his whole team.”

He was set to lead the Dutch team in the long-distance race but withdrew after just 30km.

Van der Poel flew out of the country on Monday evening local time after retrieving his passport from authorities and satisfying the conditions of his bail.

His legal counsel, though, are set to lodge an appeal on Tuesday in which they will seek to nullify the convictions.

Van der Poel is considered to be among the finest cyclists of his generation. He has won stages in both the Tour de France and the Giro d’Italia, as well as representing the Netherlands at the Tokyo Olympics. (RT)