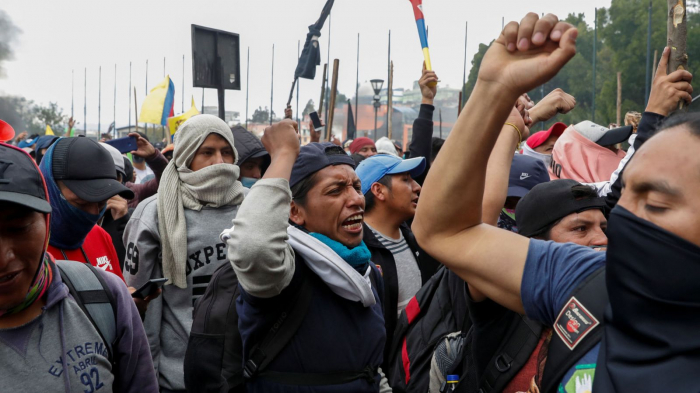 President Lenin Moreno’s government has moved out of the capital after week-long demonstrations over the ending of fuel subsidies.

A curfew has been imposed in Ecuador after the country’s parliament was stormed by demonstrators during anti-government protests.

Violent protests against austerity measures have prompted the country’s president to move his administration out of the capital, Quito.

The restrictions were put in place from 8pm to 5am each night around key state installations and government buildings as well as airports and oil refineries, which have become a target for protests over a sharp rise in fuel prices after ministers ended subsidies.

Earlier, protesters broke through police barriers, forcing their way into the National Assembly in Quito as demonstrations against the government’s austerity measures turned increasingly violent.

The congress building was empty and police fired tear gas, forcing them to retreat.

President Lenin Moreno has temporarily moved government operations from the capital Quito to the port city of Guayaquil.

The disturbances, which started last week, began with transport workers before spreading to students and then to indigenous peoples.