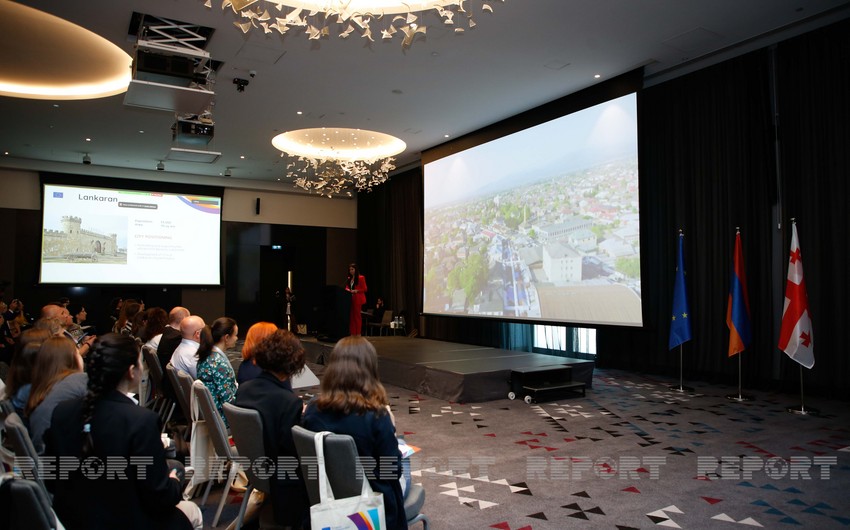 Tbilisi is hosting the first regional networking conference under the EU4Culture project funded by the European Union (EU).

Report’s Georgian bureau informs that the event is attended by representatives from non-capital cities of Azerbaijan, Georgia, Armenia, Moldova, and Ukraine.

Azerbaijan is represented at the two-day regional conference by a delegation of 15 people. The delegation included representatives of the executive power and municipal and regional departments of the culture of the cities of Khirdalan, Shaki, and Lankaran, selected within the framework of the project.

Azerbaijan project coordinator Firuza Bagir told Report that the conference’s main goal is to organize a meeting of representatives of the participating countries and ensure coordination: “As part of the project, each city has developed its own strategy for cultural development. During the conference, project participants will have the opportunity to get to know each other and exchange experience.”