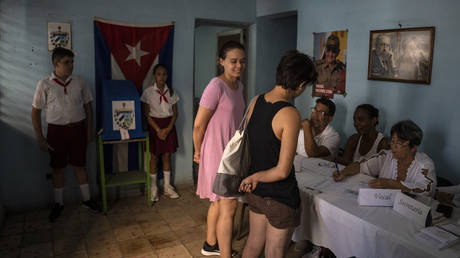 Nearly four million Cubans voted in favor of the government-backed amendments to the island’s Family Code in a popular referendum, authorities in Havana said on Monday. Preliminary results show more than 66% of the votes cast favored the proposal to legalize same-sex unions, surrogacy and adoption of children by homosexuals, among other things.

Turnout in Sunday’s referendum stood at 74% of the Cuban electorate, estimated at 6.25 million. According to the National Electoral Council of Cuba, preliminary results showed 66.87% of the votes in favor, with 33.13% against.

Of the 5,892,705 ballots cast, 3,936,790 were YES, while the NO option obtained 1,950,090 votes, said NEC chair Alina Balseiro. While the results are preliminary and some precincts are still counting, the outcome was “irreversible,” she added.

“I think that Cuba has grown up,” President Miguel Díaz-Canel told Granma, the official newspaper of the Cuban Communist Party. Changes to the code were needed, he said, because Cuba has become more diverse and there were legal issues that came up “in the life stories told these days, recorded in research works, and in situations discussed in court.”

“Love is now law!” the official account of the Cuban presidency tweeted on Monday morning, celebrating the passage of the 100-page law. 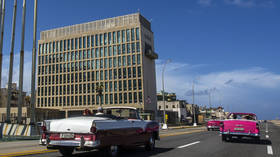 US to ease restrictions on Cuban migrants

Diaz-Canel also “regretted that for reasons of belief a part of the citizenry still does not understand that the law respects the type of family that they defend and also protects the rights of other forms of love.”

Many Christians and social conservatives opposed the amendments. While the island’s Communist government once criminalized homosexuality, the niece of the late revolutionary leader Fidel Castro, Mariela, has taken the lead in advocating for LGBT rights.

Havana almost proposed legalizing same-sex unions in 2018, but scrapped it to ensure the passage of a new constitution. This time, the government went all-in, urging Cubans to vote in favor of the new code, because it “protects everyone without exclusion, privileging the respect for human dignity,” per Granma.

Castro overthrew the US-backed government in 1959, and ruled until 2008, when he retired in favor of his brother Raul – Mariela’s father. While the country is officially secular, it stopped being atheistic in 1992. About 60% of the island’s population identifies as Christian, most of them Catholic followed by a growing number of Evangelicals. (RT)