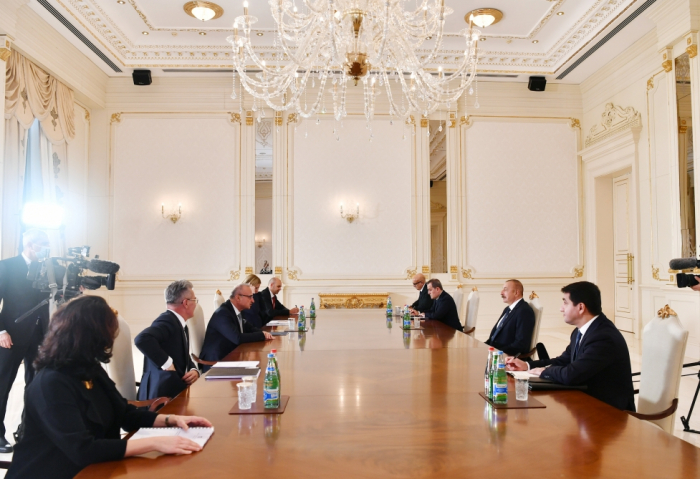 President of the Republic of Azerbaijan Ilham Aliyev has received Minister of Foreign and European Affairs of Croatia Gordan Grlić Radman.

Minister Gordan Grlić Radman extended the greetings of the Croatian leadership to the head of state.

President Ilham Aliyev thanked for the greetings and asked the minister to extend his greetings to the Croatian leadership.

The sides noted that Gordan Grlić Radman’s visit to Azerbaijan provided a good opportunity to exchange views on prospects for bilateral relations, and hailed the development of Azerbaijan-Croatia relations. They pointed out the good potential for expanding economic cooperation, exchanged views on opportunities for tourism cooperation, and discussed cooperation in the field energy, including renewable energy.

The Croatian companies’ keenness to be involved in the restoration and reconstruction works of the liberated territories of Azerbaijan was underlined at the meeting.

The sides also touched upon the Azerbaijan-EU cooperation, hailing Croatia’s continued support for Azerbaijan in this issue.