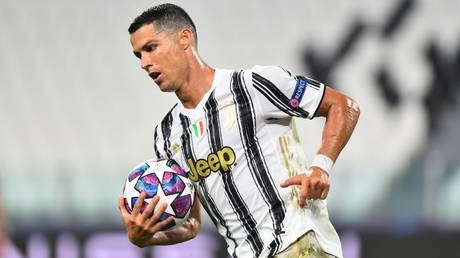 Reports circulating in the media suggest that Juventus are keen to offload the wages of either Paulo Dybala or Cristiano Ronaldo, with one prominent reporter stating that Ronaldo has been OFFERED to former rival club Barcelona.

Ronaldo, who helped Juventus to their ninth successive Scudetto last season, has enjoyed two fruitful years in Turin, but reports suggest that the club’s hierarchy are growing weary of the Portuguese great’s reported €2.5 million per month ($3 million) salary, and are considering floating their prized asset on the transfer market in order to get his wages off their books.

Similar reports also suggest that another of the club’s top earners, Paulo Dybala, could be on his way out of the club, but that only one of the big-name stars will likely leave the club in the coming weeks.

🤯 According to @GuillemBalague, @Cristiano Ronaldo has been offered to @FCBarcelona.😅 2020 is wild. pic.twitter.com/wRhwz2isam

🗣 ‘Juventus wants to get rid of his wage, he’s been offered everywhere including Barcelona’ @GuillemBalague on the future of @Cristiano Ronaldo📲⚽ https://t.co/3CW3Ngo4mYpic.twitter.com/OB8W9XH5oz

Despite his advancing age, Ronaldo remains one of the most potent forces in world football and would be an attractive proposition for practically any team who could afford his huge wage bill.

The prospect of the Portuguese superstar teaming up with Messi, his rival for more than a decade, would be a tantalizing proposition for Camp Nou fans – and entirely dispiriting for supporters of his former club, Real Madrid.

Dybala, meanwhile, has reportedly been offered to some of Europe’s top clubs with an attached price of £90 million ($118 million), with Manchester City and Real Madrid rumored to be interested.

Should the rumors linking Ronaldo to Barcelona come to fruition, he would be just the 34th player in history to represent both Real Madrid and their most traditional rivals and would join an exclusive list that includes (Brazilian) Ronaldo, Luis Figo and Luis Enrique.

RT Sport also understands that Paris Saint-Germain are also among the clubs who were offered the chance to sign Ronaldo.

Also on rt.com Cristiano Ronaldo supposedly wants a move to PSG – but why on earth would they want him?

“The reason why Cristiano Ronaldo has been linked to PSG is not so much that PSG are thinking of getting him, it is because Jorge Mendes has been given instructions to find a team for Ronaldo,” reporter Guillem Balague said to BBC Radio 5 Live.

“We’ve seen this in the last six months, he was linked to Real Madrid.

“They said no chance, he’s not coming back. And there’s been talks about the MLS because Juventus want to get rid of that wage. It is as drastic as that. He’s been offered everywhere, including Barcelona.”