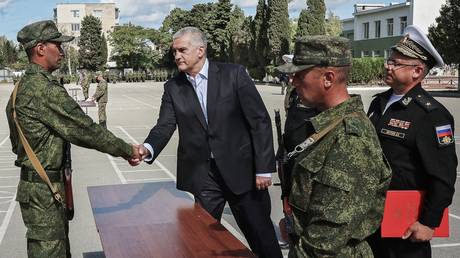 Russia will soon transition from conducting a “special military operation” to a de-facto anti-terrorist operation to defend its own territory, the head of the Republic of Crimea, Sergey Aksyonov, said on Monday. Anticipating the results of the vote in Donbass republics Kherson and Zaporozhye, Aksyonov said this would lead to greater clarity and determination.

The People’s Republics of Donetsk and Lugansk, as well as the two Ukrainian regions mostly under control of Russian and allied forces, have been voting since Friday on the question of joining Russia – much as Crimea did in March 2014, following the US-backed coup in Kiev.

Aksyonov noted that the Crimean vote was “held according to all international laws without a single flaw, but practically no one recognized it,” adding that this was no time to be distracted with questions of “legal purity.”

“Soon we will pass a certain point of no return. A new status for the liberated territories will put an end to uncertainty,” the Crimean governor said. “They will become full-fledged subjects of the Russian Federation, and we will de facto stop conducting a special military operation and start a counter-terrorist operation on our own territory.”

The government in Kiev maintains that the vote will change nothing, and President Vladimir Zelensky has vowed to continue the war until the “liberation” of all “occupied territories” – including Crimea – with Western help.

US President Joe Biden on Friday denounced the vote as a “sham” referendum intended to “annex parts of Ukraine by force in flagrant violation of international law,” and said Washington and its allies would impose “severe economic costs” on Russia in retaliation. 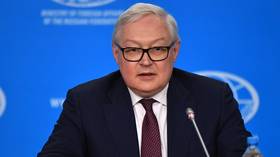 Aksyonov was elected prime minister of Crimea in late February 2014, just days after Ukrainian President Viktor Yanukovich was violently overthrown by US-backed militants. He oversaw the referendum in which the vast majority of Crimeans voted to join Russia. Aksyonov’s own son was among the 300,000 Russian reservists called up last week by Russian President Vladimir Putin.