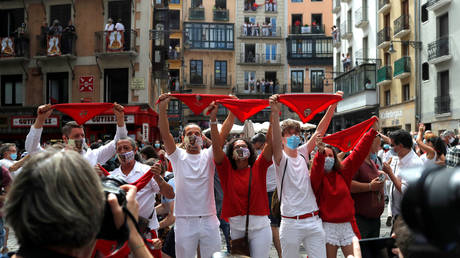 A nationwide study in Spain has found that, despite being one of the hardest-hit European nations, just 5 percent of the population has coronavirus antibodies, dispelling any hopes of herd immunity in the near future.

The research, published in the widely respected medical journal The Lancet, began in April and included some 61,000 participants from a country with over 250,000 cases confirmed and over 28,000 deaths.

Herd immunity is said to occur when the majority of a population has been vaccinated or developed antibodies to fight off a particular bacterial or viral infection.

The concept of herd immunity was the main argument against the widespread lockdowns which were adopted in many countries. Sweden’s entire coronavirus response plan relied heavily on herd immunity rather than enforced restrictive measures.

According to the authors of the study, roughly 95 percent of the general population in Spain remains susceptible to infection, though there are significant geographic disparities that coincide with the original rates of infection.

“At present, herd immunity is difficult to achieve without accepting the collateral damage of many deaths in the susceptible population and overburdening of health systems,” the report reads.

The first phase of the study was conducted between April 27 and May 11 and the second phase results were released on June 4, showing a 5.2 percent national prevalence of SARS-CoV-2 antibodies. The third-phase results will be released next Monday and are expected to align closely with the current figures.