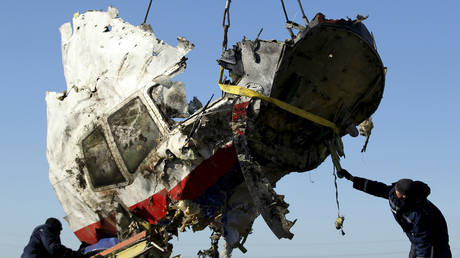 Workers transport a piece of the Malaysia Airlines flight MH17 wreckage at the site of the plane crash. ©REUTERS / Antonio Bronic

A Dutch court investigating the downing of MH17 has agreed to hear from Almaz-Antey, a Russian arms manufacturer, which argues that the prevailing Western narrative – that rebels in eastern Ukraine shot down the plane – is false.

The hearing in Badhoevedorp, Netherlands says it will explore alternative scenarios in the high-profile trial, in which four anti-Kiev fighters stand accused of using a Russian anti-aircraft missile to destroy the civilian plane, killing 283 passengers – mostly Dutch – and 15 crew on board.

Malaysian Airlines Flight MH17 was flying from Amsterdam to Kuala Lumpur when it was downed over eastern Ukraine on July 17, 2014. It was crossing airspace which had not been closed despite the Ukrainian civil war raging below.

Also on rt.com ‘Ukraine tried to scapegoat me, I’m a victim of their terrorism’ – abducted anti-Kiev fighter & ‘key’ witness in MH17 crash

At the time, self-proclaimed republics in the region were involved in an armed conflict with the new Kiev government following the violent, Western-backed ‘Maidan’ which had brought it to power earlier that year. In the weeks preceding the downing of MH17, the Ukrainian military had lost several of its aircraft to its opponents, who had captured shoulder-launched missiles and anti-aircraft guns from Ukrainian arsenals.

Following the tragedy, Kiev and the republics blamed each other for the incident, while almost immediately the US government claimed – without presenting any evidence – that Russia had provided the so-called Donetsk People’s Republic’s (DPR) militia with the missile used to down the aircraft.

Presiding Judge Hendrik Steenhuis accepted a defense request to call more witnesses, including a representative of Almaz-Antey, the Russian producer of Buk air defense systems. A Buk missile is alleged to have caused the downing of MH17 in July 2014, but the model and origin of the projectile are in dispute. 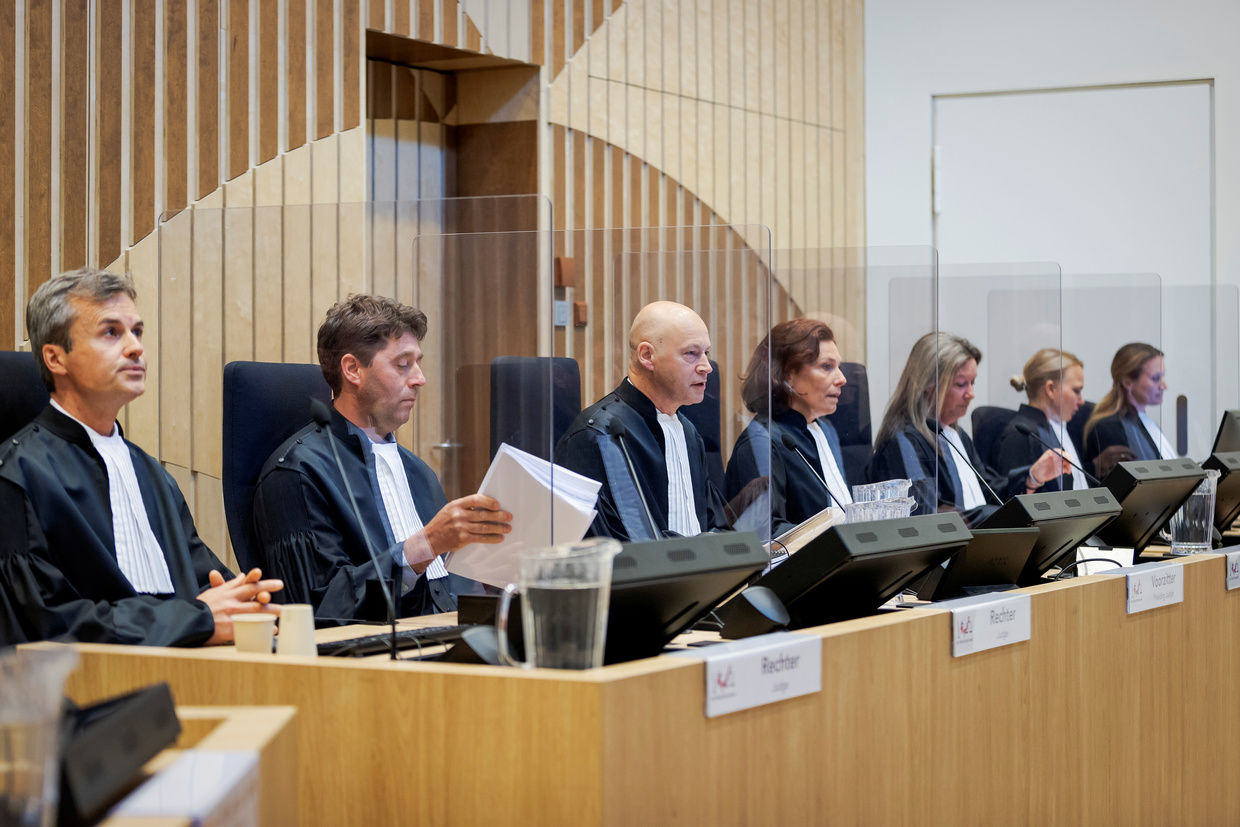 The Schiphol Judicial Complex, where the trial over the downing of Malaysia Airlines flight MH17 takes place. ©Robin van Lonkhuijsen/Pool via REUTERS

The prosecution maintains that the civilian plane was shot down over the Donbas by rebel forces, which at the time were fighting against the Ukrainian military. The crime was pinned on four men, who they assert obtained the missile system from a Russian military unit and transported it to the rebel-controlled territory to be used for defense against Ukrainian warplanes.

Read more:   Azerbaijani boxer of French national team: "I would be proud to fight for my homeland"

In 2015, Almaz-Antey reported on experiments it conducted when investigating the tragedy. It concluded that the plane was downed with an older variant of the missile that can be fired by Buk systems. This outdated model is no longer in use by the Russian Armed Forces, but Ukraine has plenty of them, having inherited the weapons when the Soviet Union collapsed.

The arms producer also believes that, in order to inflict the kind of damage seen on the debris of the downed aircraft, it had to have been launched from territory controlled by forces loyal to Kiev at the time.

During Friday’s hearing, Steenhuis agreed that Almaz-Antey’s conclusions should be considered. The judge also said an expert witness from the manufacturer can be called to give evidence.

The Dutch court also said it was reasonable to seek disclosure of satellite photos of the area, taken by the US military on the day MH17 was shot down. The Americans have refused to declassify them, citing national security considerations, offering investigators a memo instead. A senior Dutch investigator was allowed to inspect the images but has not yet been questioned during the trial.

The proceedings in the Netherlands are being held without the presence of the defendants. Of the four individuals concerned, only one – Russian citizen Oleg Pulatov – has agreed to engage with the defense team, while the other three have no representation whatsoever.