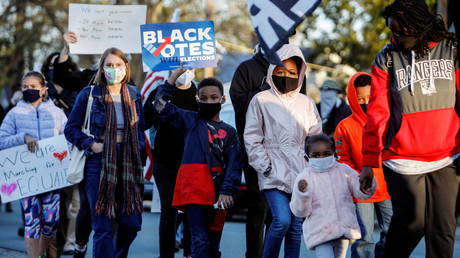 A panel of judges in North Carolina has struck down the state’s voter ID law, saying that asking voters to identify themselves discriminates against black people.

In a split decision on Friday, a three-judge panel in Wake County, North Carolina, struck down the state’s voter ID law, which requires voters to show a passport, driver’s license, or state-issued ID card specifically for voting.

In their ruling, two of the three judges wrote that the law “was enacted in part for a discriminatory purpose.” The law “would not have been enacted in its current form but for its tendency to discriminate against African American voters,” the judges added.

by Democrat Governor Roy Cooper. It was blocked by a judge in 2020, but that block was lifted in another court ruling later that year. A previous iteration of the law was struck down in 2016, when a federal judge ruled that it targeted African Americans “with almost surgical precision.” (RT)

“The Southern Gas Corridor will influence the gas market and its prices, which are now…