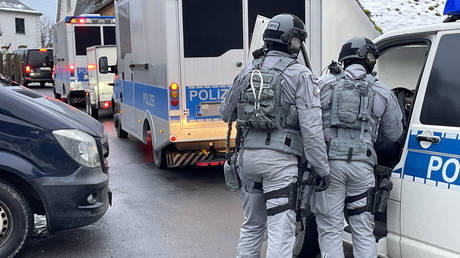 AfD party’s Eugen Schmidt said the arrest of alleged conspirators is a smokescreen amid the energy crisis  German special police are seen during an anti-terror raid on December 7, 2022, Bad Lobenstein, Germany © AFP / Fricke/NEWS5/AFP

A lawmaker from the right-wing Alternative for Germany party, Eugen Schmidt, has called into question the authorities’ claims that a group of QAnon followers had been plotting a coup to overthrow the German government. The MP alleged that the powers-that-be in Berlin arranged the arrest of dozens of people on Wednesday merely to divert Germans’ attention from an increasingly acute energy crisis.

Speaking to Russia’s Izvestia media outlet on Wednesday, Schmidt pointed out that the vast majority of the suspects are in their 60s or even 70s. He noted that the elite troops who officials say were part of the conspiracy had served before 1990, when the German Democratic Republic was still around, and added that these soldiers are “long past their prime.”

Read more:   Azerbaijan to tighten quarantine regime in some cities

With this in mind, the lawmaker argued, the official position that these individuals had been planning to storm the German parliament sounds downright “absurd” and “ludicrous.”

According to Schmidt, the entire case is merely an attempt by the German government to create a furor in the media that would eclipse “catastrophic problems in the German economy.”

He stressed that, amid the worsening energy crisis and with deteriorating weather, many Germans “have no means to pay [the bills]” because they “receive fairly modest salaries.” The MP also cited energy prices that are up to five times higher than last year. 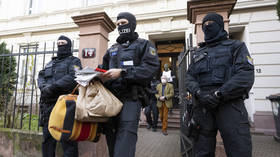 He went on to say that ever more people are starting to ask themselves “who’s to blame?” Bearing the responsibility for the current situation, the MP proposed, is the “incompetent government.”

“So, now, right before our eyes, a media provocation is being concocted with the sole purpose of diverting [the people’s] attention from their everyday problems,” the AfD politician concluded.

On Wednesday morning, German police announced it had carried out multiple raids across the country, arresting 25 members and supporters of an alleged terrorist group.

According to officials, the suspected conspirators had been planning to form an armed group to overthrow the government and install a regime modeled after the German Reich of 1871.

A former MP for the AfD is among the detainees, along with a Russian national.