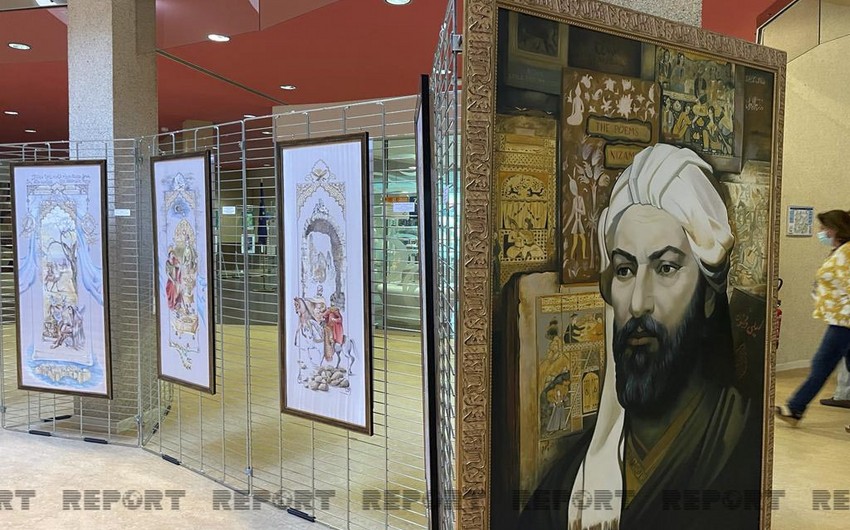 An exhibition dedicated to the 880th anniversary of the great Azerbaijani poet and thinker Nizami Ganjavi is being held at the Council of Europe headquarters in Strasbourg, Report informs.

The event was organized by the Permanent Mission of Azerbaijan to the Council of Europe with the support of the Heydar Aliyev Foundation as part of the “Year of Nizami” declared by a decree of the President of Azerbaijan.

The exhibition features mysterious miniatures based on the poems of the great thinker’s “Khamsa,” who promoted ideals and values such as peace, justice, humanism, high morals, freedom, and equality in his works. At the same time, in a special stand, examples of Nizami Ganjavi’s rich creativity and information about his unparalleled contribution to world literature are brought to attention.

The event also coincides with the autumn session of the Parliamentary Assembly of the Council of Europe (PACE). It, in turn, will allow European parliamentarians and other guests to get acquainted with the exhibition, as well as the diplomatic corps and secretariat staff in Strasbourg.