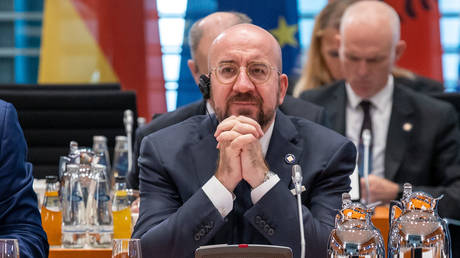 A corruption scandal that led to the arrest of former European Parliament VP Eva Kaili for allegedly taking bribes from Qatar is wrecking the bloc’s credibility at a time when it is already vulnerable, European Council President Charles Michel told Politico on Wednesday.

The revelation that MEPs reportedly engaged in illicit lobbying on behalf of the Qatari government in exchange for millions of euros in cash and gifts is “dramatic and damaging for the credibility of the European Union,” Michel said, lamenting that the scandal was “making it even more difficult for us to focus on the economic and energy crises that impact the lives of European citizens right now.”

Michel suggested the bloc must act in order to prevent a repeat performance. “We first need to learn lessons from this and come up with a package of measures to avoid such things – to prevent corruption in the future,” he told Politico, complaining that the aura of impropriety would make his job more difficult. 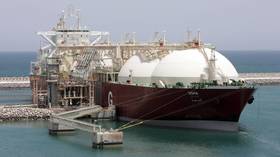 Kaili and her husband Francesco Giorgi were arrested earlier this month by Belgian law enforcement, along with former Italian MEP Antonio Panzeri, whom Giorgi identified as the leader of the bribery ring, and a fourth individual. All have been charged with “participation in a criminal organization, money laundering, and corruption.”

Belgian authorities seized more than €1.5 million in assets from properties linked to the four suspects. As many as 60 current and former MEPs may have been involved in the scheme, according to Italian media reports, with most hailing from the Socialists & Reformers parliamentary group.

The European Parliament has temporarily halted all lobbying work related to Qatar, and recently voted to deny representatives from the Gulf state access to its premises while condemning the alleged “foreign interference” in its business. Doha has denied any wrongdoing and warned that the parliament’s “discriminatory” decision could disrupt the supply of energy to the continent, which has recently ramped up its consumption of Qatari natural gas to replace embargoed supply from Russia. (RT)