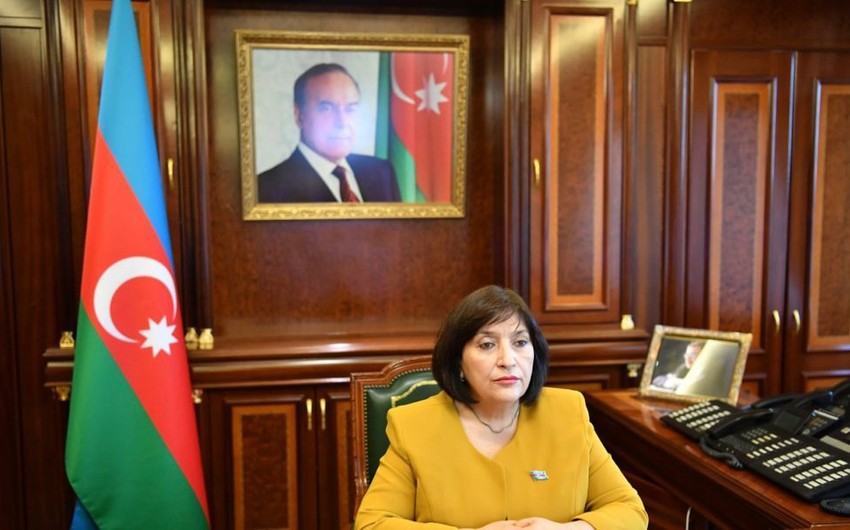 A videoconference ‘The First Anniversary of the Patriotic War: the Priorities of Post-War Cooperation between the Executive and the Legislative Authorities in the Post-War Period’ has been held at the Milli Majlis, Report informs.

Chair of the Milli Majlis Sahiba Gafarova said in her introductory address that opened the assembly that it had become a good tradition in the work of the sixth-convention Milli Majlis to conduct such conferences. The subject of today’s conference is current and important enough, it was added.

In days, it will be the first anniversary of the Patriotic War – the most glorious page in the centuries-long history of Azerbaijan; years will go by, and yet, the people of Azerbaijan will never forget those historical days but will recall them with great pride, according to Mrs. Gafarova.

The Patriotic War that began on 27 September last year and culminated in the historical victory of Azerbaijan and the Trilateral Statement of 10 November signed by the presidents of Azerbaijan and Russia, as well as the prime minister, put an end to the conflict. That document was also an act of capitulation for Armenia. Azerbaijan freed its lands from occupation, thus restoring both the historical justice and its own territorial wholeness, Mrs. Gafarova was saying. That glorious Victory came as the opening sequence of a new stage in the history of the Azerbaijani statehood whilst also starting a new era, which, as President Ilham Aliyev has said, is an era of development, security, and progress. The current-stage agenda and goals of Azerbaijan were made abundantly clear at the meeting chaired by President Ilham Aliyev and convened on 6 January 2021 to summarise the outcomes of last year. According to Speaker Sahiba Gafarova, those strategic goals firstly are associated with maintaining sustainable peace and security in the region, carrying out the large-scale restoration and constructive jobs in our historical lands freed from occupation, reviving those lands, and, last but not least, returning the refugees and internally displaced people to their native parts. The travels of President Ilham Aliyev to the town of Shusha and to the other liberated towns and provinces of the country, his taking part in the momentous events, the inauguration, and ground-breaking ceremonies show for all to see the strength and might of the Azerbaijani State. Those activities are laden with immense symbolism; at the same time, the initiating and current projects foster and will foster national economic growth.

Armenia plundered and destroyed all our towns and provinces, buildings, historical heritage, and mosques it had kept occupied for thirty years, Sahiba Gafarova noted. Communicating the entirety of the information about the Armenian atrocities and other provocations to the international community is one of the paramount tasks for now, according to the chair of the Milli Majlis.

Concerning the actual continuity of the topic to be talked about at the videoconference, Sahiba Gafarova mentioned a number of fundamental steps taken in the topical field since the sixth-convention Milli Majlis began its work. That cooperation continues with success in the post-war period. The efficient cooperation amongst the different branches of power provides for the auspicious implementation of the strategic development line of our country, according to Mrs. Gafarova. Madame Speaker also broached such priorities as the members of the Milli Majlis basing their work on a proper foundation, the state authorities’ response to constituents’ appeals, the action that is necessary to address the issues raised by constituents, and the support for the state policy resting on attention and care for shahid families, war veterans and our heroic sons who lost their health on the battlefield. Madame Speaker also touched on such imperious matters as the public hearings held at the Milli Majlis at its initiative with the involvement of the seniors of the concerned ministries and state committees to look at a number of issues concerning the society; the contribution to strengthening the dialogue atmosphere within the new political configuration and to reinforcing the cooperation amongst the political system subjects; the more effective activities of the parliament and the better protection of the national interests and priorities of Azerbaijan. 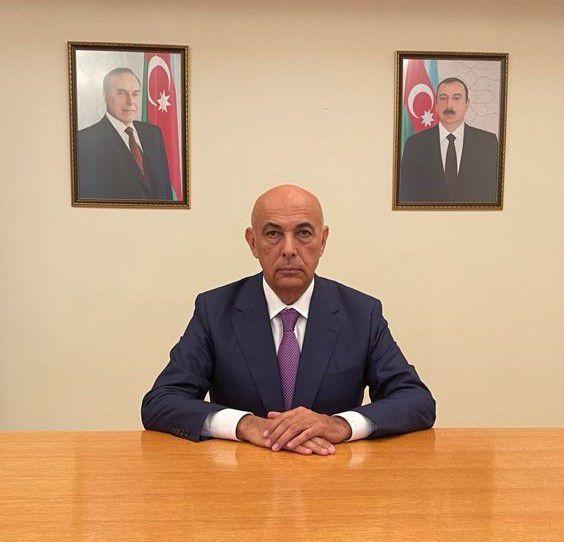 The next speaker was the Head of the President’s Administration’s Department for Liaison with Parties and the Legislative Authority Adalat Valiyev. Mr. Valiyev said that the victor-state and the victor-nation led by the victorious Commander-in-Chief Ilham Aliyev had set in motion an era in the history of Azerbaijan’s statehood that was completely new for its very substance. Not only do the constructive work afoot in the de-occupied Garabagh and East Zangazur currently and the speedy restoration of our towns and villages razed to the ground by the vandals bring nearer the fondest moment of the return to our native lands; they also demonstrate to the world at large the prowess of Azerbaijan, the firm will of the leader of our State and his outstanding administrative aptness as well as resolve to build and create. As Mr. Valiyev pointed out, the large-scale projects initiated by the Heydar Aliyev Foundation governed by Mrs. Mehriban Aliyeva are substantial support to the current activities alongside the undertakings of various state organs and departments.

The topmost tasks of the moment are, according to Mr. Valiyev, to solidify our historical Victory, keep up the care of shahid families and war veterans, and revive the lands of the country wrested from under the enemy’s heel. It is as necessary and important to make purposeful efforts internationally in connexion with our righteous cause so that the vanquished Armenian aggressors cannot rear their heads again and, on another note, to hold the culprits to account. This is the paramount responsibility of the whole Azerbaijani society, in Mr. Valiyev’s opinion.

Adalat Valiyev also spoke of the systemic and multi-faceted administrative and political reforms implemented by President Ilham Aliyev. He mentioned the current authority-opposition dialogue, the new political configuration created in the country, and interaction with political parties arranged anew. There have been many meetings with the leaders of all the political parties present in the country at the request of the Head of State. Those parties were approached regardless of how many members they had, what their territorial coverage happened to be, how much they weighed politically, and any and all suchlike properties. The outcomes of every meeting are scrutinised and analyzed invariably; steps are then taken in line with the proposals put forth at those gatherings.

There have been individual meetings, and there are group meetings involving the absolute majority of the political parties to discuss various subjects. The latest of those brought together 45 political parties on 9 September. Those who spoke there underlined the importance of the new political configuration created by the head of State for reliable stability and in the name of the State’s advancement. Besides, they stressed that the Victory gained under the leadership of the victorious Commander-in-Chief had a special place in the history of Azerbaijan as its most remarkable event ever. Further, the participants of that meeting lauded the travels of the Head of State to the liberated territories, the fast-paced restoration and building work afoot in those towns and villages, road-building, erection of power plants and airports, and such cultural events as the Kharibulbul Festival and the Vaghif Poetry Days, Mr. Valiyev was saying. The political parties support and approve of the foreign political steps taken so far; they also do the signing of the Shusha Declaration and the stance of the President of the Azerbaijan Republic on the West Zangazur.

Regarding the characteristic features of the next stage in the reforms and of our State Leader’s development concept, both in line with the call of the times, Adalat Valiyev remarked on the sixth-convention Milli Majlis representing the various political forces adequately having formed a new democratic environment. Members of the opposition occupy senior positions in the parliament. The steps that have necessarily been taken to arrange the work of the Milli Majlis on a high plane in conformity with the domestic and foreign policies and recommendations of the Head of State and the heightened MP activity have brought about a greater citizens’ satisfaction, according to Mr. Valiyev.

Going further, Adalat Valiyev talked about the prospects for further streamlined cooperation between the executive and legislative power branches. He told the listeners of the specific-area matters that require special attention before putting forth a number of suggestions regarding setting yet higher working standards. 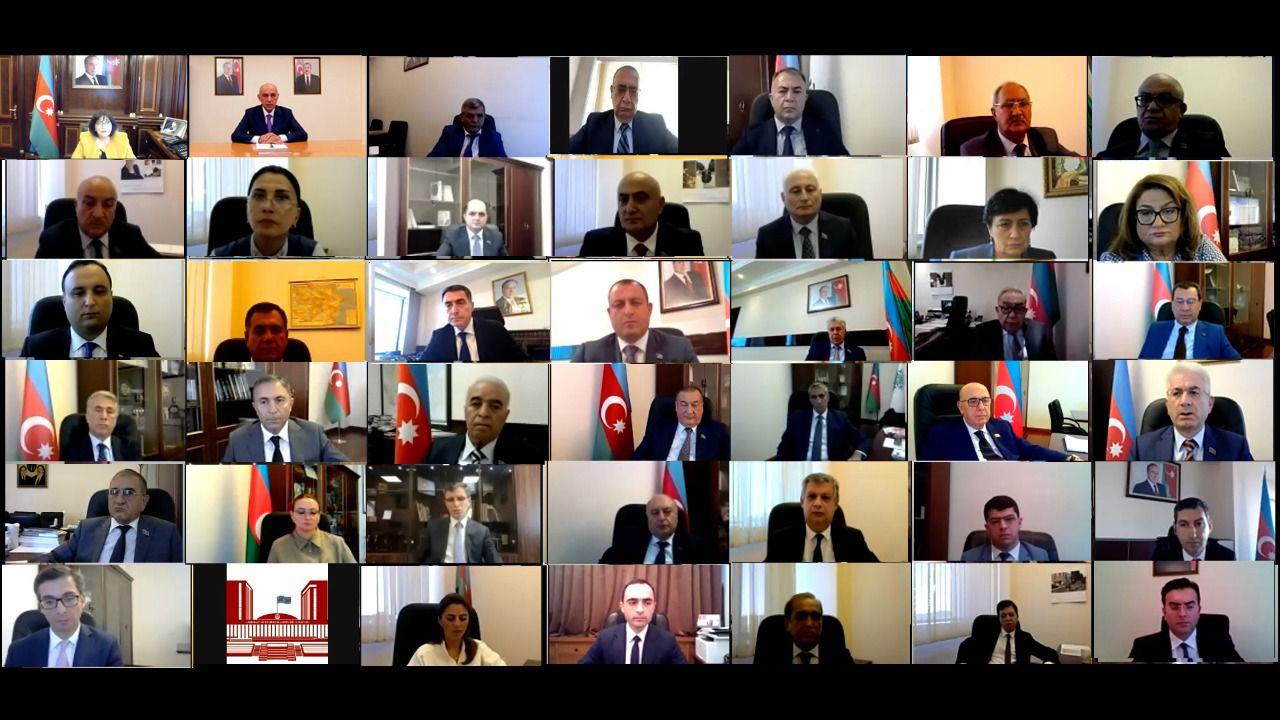