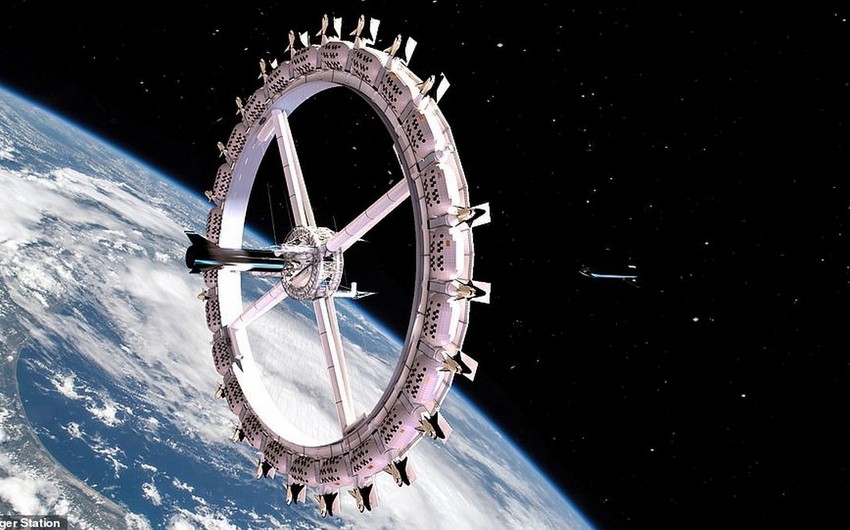 Developed by the OAC, the Voyager Station could be operational as early as 2027, with the infrastructure built in orbit around the Earth.

The space station will be a large circle and rotate to generate artificial gravity that will be set at a similar level to the gravity found on the Moon’s surface.

The hotel will come equipped with restaurants, a cinema, spa and rooms for 400 people.

The Voyager Class space station will be made up of a series of rings, with several ‘modules’ attached to the outermost of the rings.

Some of these 24 modules will be run by the Gateway Foundation and will be for things like crew quarters, air, water, and power.

They will also include a gym, kitchen, restaurant, bar and other essential facilities for people due to be on the station longer term.

The other modules will be leased or sold to private companies and governments.

For example, people could buy one of the 20×12 meter modules for a private villa or multiple modules to create a hotel with a spa, cinema, and more.