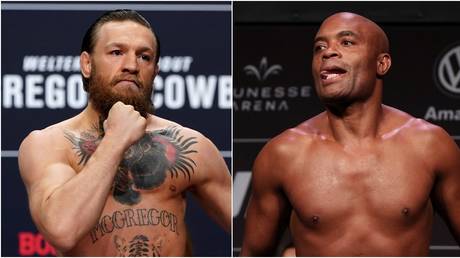 Conor McGregor should drop any pretensions of a “GOAT” fight against Anderson Silva and instead stay fixated on his biggest challenge – finding an opponent to pave the way for a shot at revenge against Khabib Nurmagomedov.

If Conor McGregor knows how to do anything, it’s trigger his rivals.

That’s exactly what the Dubliner did with his recent ‘GOATs of MMA’ list, in which he placed Brazilian icon Silva in first place – but said he himself would “easily” be top of the pile by the time he retires from the octagon.

Also on rt.com Getting their GOAT: McGregor triggers Khabib, Diaz into Twitter barbs after Irishman’s ‘all-time greats of MMA’ list

But it also led to a call-out from Silva, who said he was down for a catchweight “super fight” at 176lbs against the Irishman in a battle of would-be MMA GOATs.

“I believe that a super fight would go down in the history of the sport. Neither of us need to prove anything to anyone,” Silva said.

“I believe that fans of the UFC and of this sport would like to watch this great martial arts spectacle.

“It would be fantastic to test my martial arts skills against him.”

McGregor wasted little time in responding, simply writing “I accept” in a tweet this week.

Also on rt.com ‘It would go down in history’: Conor McGregor ACCEPTS Anderson Silva fight at 176 pounds – days after calling MMA legend his GOAT

But while some might salivate at the prospect of McGregor facing the man with the record for the longest title reign in UFC history (spanning almost seven years, when Silva held the middleweight title from 2006 to 2013), others are understandably unimpressed.

The includes UFC boss Dana White, who suggested as much in an interview with ESPN on Thursday.

“Conor and I haven’t talked about fighting. If you’re Conor, sitting at home, everybody is calling you out, in every weight division,” White said.

“Who’s next? I’m waiting for [former heavyweight champ] Daniel Cormier to call him out, you know?

“Conor, his personality, he’s going to respond to that.

“I think what Conor needs to do is sit back and let these fights start rolling out.

“Obviously, the most important division is the 155lb [lightweight] division. See what plays out.”

And White is spot on.

What purpose does it serve for McGregor even to flirt with the idea of a bout with Silva – a 45-year-old essentially residing at least one weight division above his own, and who has won just one of his last eight octagon outings? 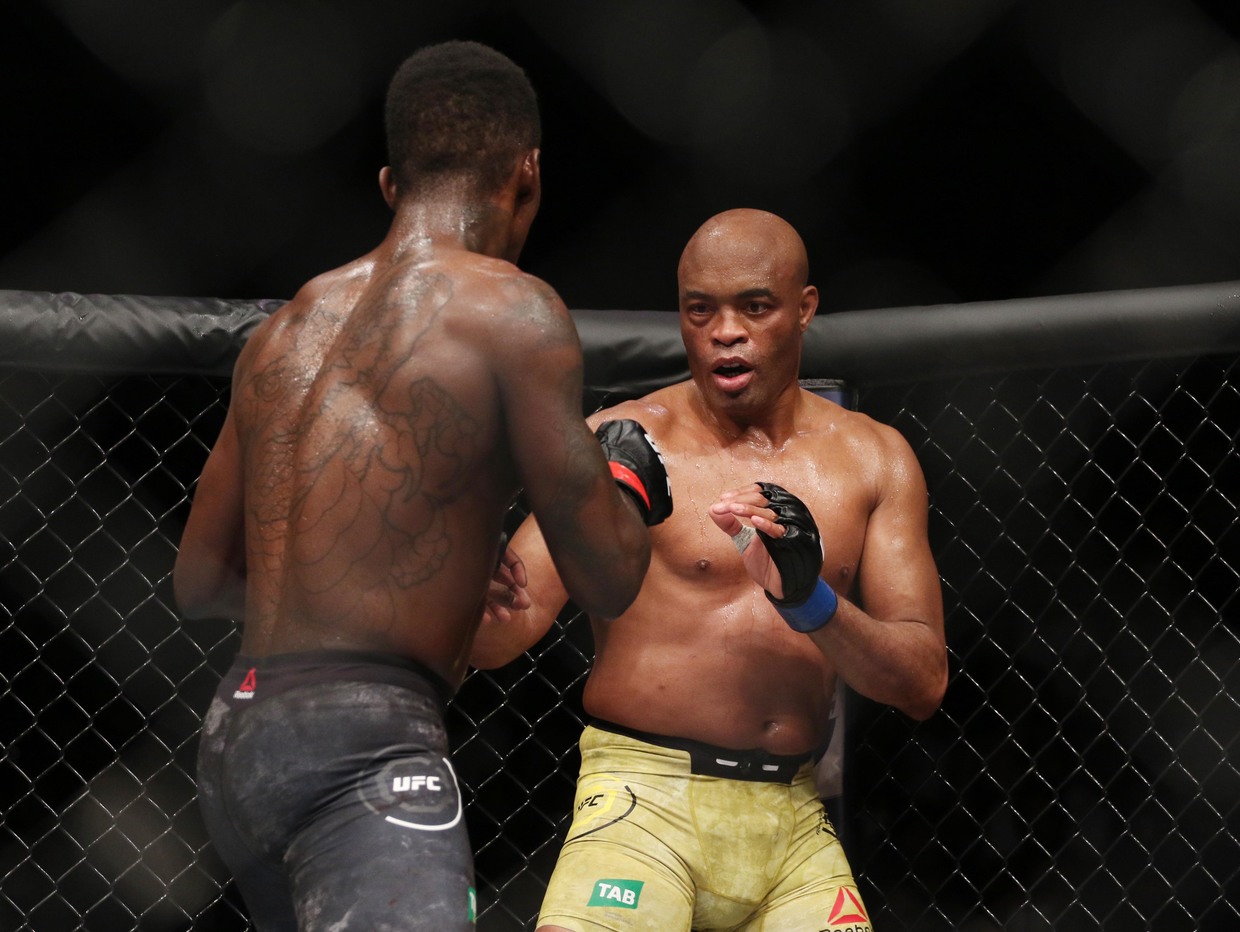 It would be disrespectful to brand Silva a has-been, given ‘The Spider’s’ immense contribution to the sport – but teasing fans with talk of a fantasy fight is really not what McGregor needs when he has far more pressing concerns.

Yes, “accepting” a fight on Twitter means nothing, and much of the online output from McGregor should be taken with a pinch of salt.

But nonetheless, why even bother pursuing it when there are myriad more realistic bouts for McGregor to get stuck into?

When announcing his comeback in Moscow last year, the Irish former ‘champ champ’ said he was ultimately aiming for a return showdown with undefeated Russian ruler Khabib, in a bid to avenge his bitter fourth-round submission defeat of 2018.

Khabib will likely next face Justin Gaethje, who spectacularly upset Tony Ferguson in snatching the interim lightweight title earlier in May – but McGregor’s next bout could set him up for a shot at the winner of that match-up.

McGregor has already carried out the first part of his 2020 comeback ‘season’ with his destructive 40-second victory over Donald ‘Cowboy’ Cerrone in January. 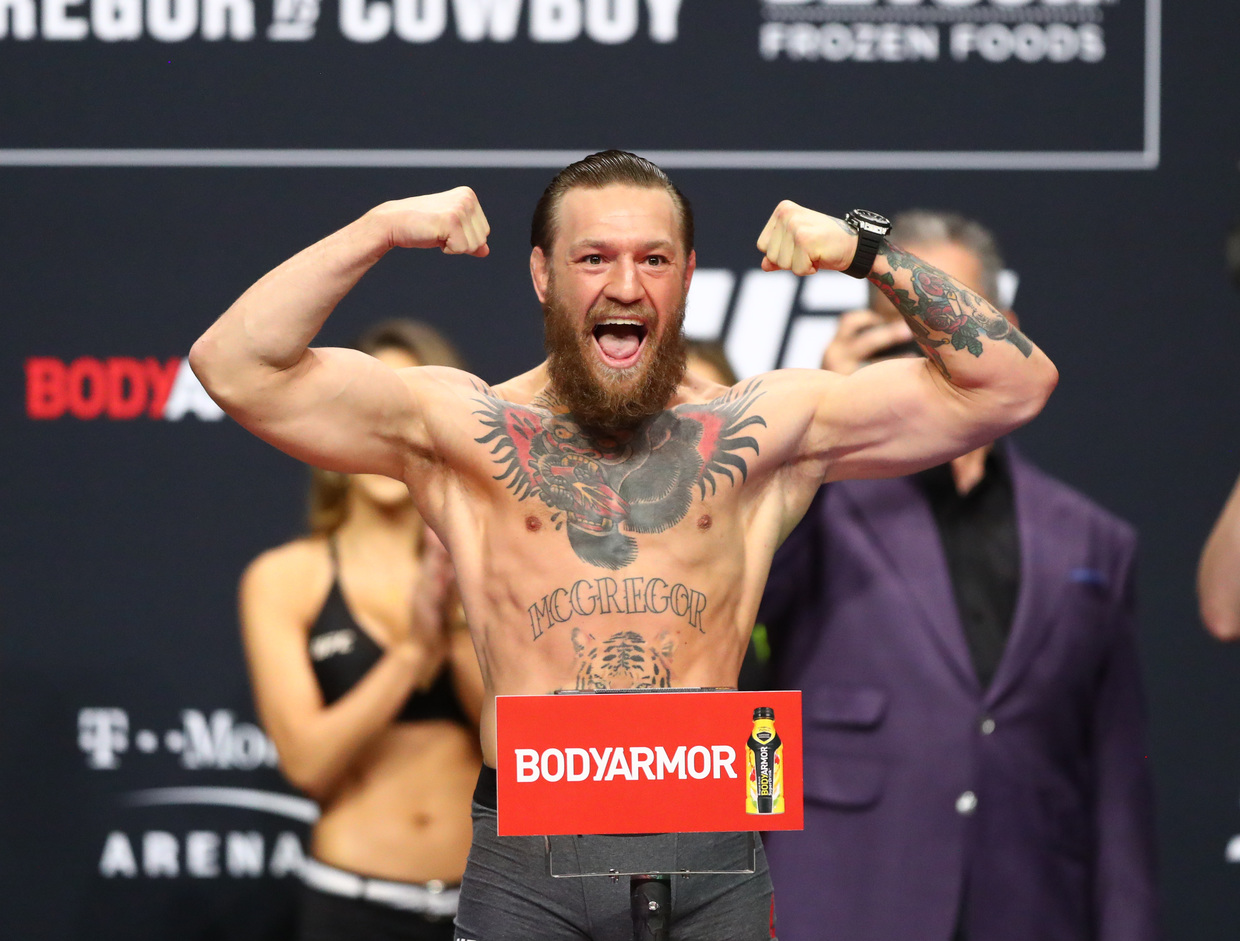 But it’s all the more important where he heads next; if, as has been suggested, McGregor takes to the octagon again this summer, it needs to be against an opponent worthy of justifying a potential 155lbs title shot immediately beyond that.

However, current ‘BMF’ Jorge Masvidal would make a more appealing prospect – and would carry the necessary credentials to facilitate another crack at Khabib, even if at a division lower.

That would be less so for a trilogy fight with Nate Diaz, although like a showdown with Anderson, that bout would undoubtedly be a massive fan favorite.

Depending on how long McGregor is willing to wait, Tony Ferguson could also be the next potential opponent to pave the way to his Dagestani nemesis.

Also on rt.com ‘You’re still my b***h’: Ferguson tells McGregor to ‘put the bottle down’ as rival calls brutal UFC 249 defeat an ’embarrassment’

As the UFC’s biggest cash cow, McGregor will never be short of offers from potential opponents.

Across neighboring divisions and beyond, the prospect of a bumper payday for rivals will always be enticing – and as Dana White noted, a man of McGregor’s character will be more inclined to entertain them than he otherwise should.

But if Conor McGregor really wants to make good on his claims for GOAT status, he won’t get there by pursuing the idea of a nostalgia-infused fight of fancy against Anderson Silva.

Instead, he should be plotting an unwavering path to Khabib.

US: Child killed during a shooting at Alabama mall

The girlfriend of Donald Trump Jnr, the US president’s eldest son, has tested positive for…

British MoD taught Saudi troops how to ‘stay popular with the press,’ as 100s trained in UK last year – report

Amid the Saudi-led military campaign in Yemen, some of its soldiers were taught in the…

Global coronavirus cases have exceeded 11 million, according to a Reuters tally, marking another milestone…