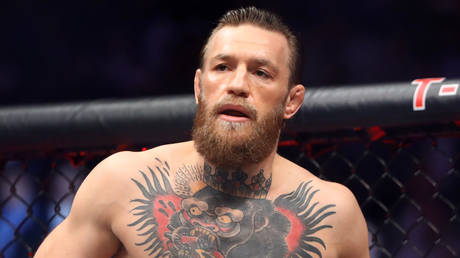 The case against Conor McGregor has reportedly been dropped. © USA Today Sports

A sexual assault case against UFC star Conor McGregor on the island of Corsica has been dropped due to a lack of evidence, according to reports.

The Irishman was apprehended by local police in the French territory in September 2020, after a woman accused him of “attempted sexual assault and sexual exhibition.”

‘The Notorious’ has proclaimed his innocence ever since, and was released while neither formally arrested nor charged with a crime.

Some seven months later, TMZ Sports have reported that authorities in Bastia have sent the 32-year-old a letter explaining how they haven’t been able to find enough evidence to lodge a case against him following an investigation.

Translated from French, it reads: “The examination of the present proceedings does not justify any criminal prosecution since:

– The facts or the circumstances of the facts of the proceedings could not have been clearly established by the investigations.

– The pieces of evidence are therefore not sufficient for the offense to be constituted and for criminal prosecution to be engaged.”

McGregor vowed at the time that he will “never kill myself no matter how many wish for it,” in a deleted Facebook post aimed at a supposed suicide intervention worker who savaged him online for the furor.

“Try set me up all yous f*cking want over and over and over. The truth will always set me free!,” he continued.

“Be it baby father claims, rape, indecent exposure, bullsh*t WhatsApp group sh*t. You f*cking name it. Never will I fold!”

With this scandal out of the way, plus controversy regarding a delayed donation to his rival’s charity, McGregor can now focus on a trilogy bout against Dustin Poirier on July 10 that will put him back in the mix for the UFC lightweight title if victorious.