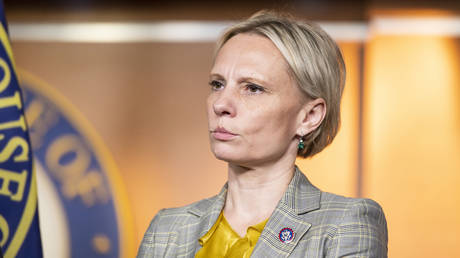 A US Ukrainian-born lawmaker’s unrelenting criticism of the Kiev authorities, including President Vladimir Zelensky, has frustrated many officials in Washington, CNN reported on Friday, adding that the White House had even arranged a special briefing to address her claims.

Victoria Spartz, a US Republican representative from the state of Indiana, and the first and only Ukrainian-born member of Congress, has repeatedly criticized the Kiev government amid its ongoing conflict with Russia. Although she has stated that she wants Ukraine to win and, in her telling, has visited the country six times since the outbreak of hostilities in late February, many of her colleagues on both sides of the aisle have grown weary of her “bellicose rhetoric,” the report says.

Spartz has been particularly vocal about corruption in Ukraine. US lawmakers and officials, however, worry that her jabs aimed at Kiev may undermine both Zelensky’s public image and sour US-Ukrainian relations while complicating the approval of new aid packages.

“We’ve all talked to her,” one Republic lawmaker told the outlet. “It’s pissing people off. Because it hurts the cause.” (RT)