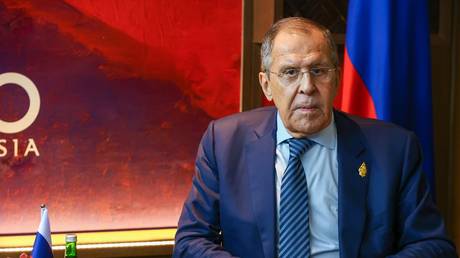 The conflict in Ukraine is a hybrid war, in which Russia is essentially facing Western nations, which triggered the crisis in the first place, Russian Foreign Minister Sergey Lavrov has said. He gave the assessment on Tuesday on the sidelines of the summit of G20 leaders in Indonesia.

The minister, who heads the Russian delegation, said that the US and its allies were pushing to include the Ukraine issue in the final declaration, which participants are set to sign on Wednesday.