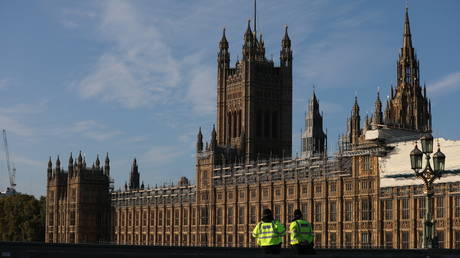 A picture shows the Palace of Westminster housing the Houses of Parliament in central London on October 19, 2019. © AFP / ISABEL INFANTES

If you believe the daily reports, Britain’s ongoing election campaign is facing more interference than an old analogue television during a rainstorm, and amazingly, it’s not just Russians being accused of being behind it.

A sense of old world grandeur is easily inflated by convincing yourself that you’re so important that the whole world wants to swing your election.

Of course, it is still mainly Russia which stands accused in Britain, because that is just the easiest option available, but now there are also indications of supposed Indian meddling going on, and an election wouldn’t be an election if the US wasn’t throwing in its two pennies as well.

Representing the old US of A this morning on the BBC was one Hillary Rodham Clinton. I know she isn’t an official representative of Washington, but I’m not sure she does, so her input is significant, especially as the old glutton for punishment has been hinting she might take another tilt at the White House. (RT)