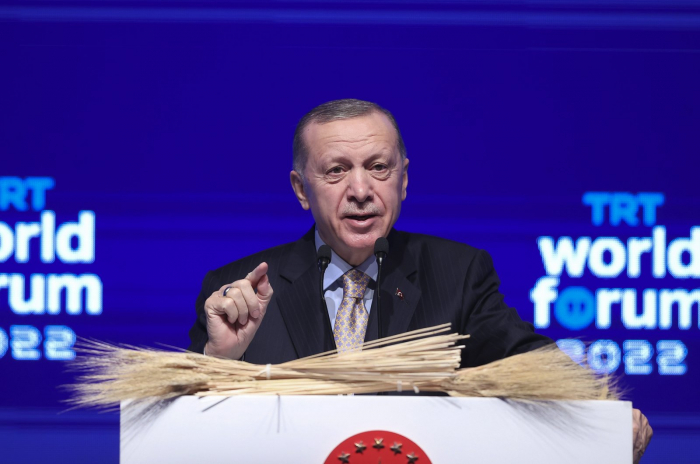 It is difficult for Türkiye to establish a common future with countries that secretly or openly support the terrorist groups that Türkiye is fighting, President Recep Tayyip Erdogan said Friday, according to Daily Sabah.

Ankara has the potential to play a key role in resolving the issues that Europe faces, Erdogan said, adding, but, first of all, Europe needs to change its approach towards Türkiye in all matters in line with the spirit of alliance and partnership.

“It is clear that it is difficult for us to dream of a common future with a Europe that protects the terrorists, takes sides against us in every issue and secretly and openly supports the terrorist groups which Türkiye is fighting against. Not to mention the implicit embargoes imposed on us,” Erdogan told the TRT World Forum 2022 in Istanbul.

“We are a country that preferred to walk with Europe after World War II. Despite all the sacrifices we have made, we will never forget that we were left alone in our fight against terrorist groups that threaten our unity. Thousands of trucks of weapons and ammunition were sent to terrorist groups in northern Syria. The country that sent it is a NATO ally.”

Türkiye did not tolerate those who supported Greece in the Aegean and Mediterranean and encouraged their provocative actions, Erdogan also said.

“We are together in NATO, but you are arming the Greek islands with weapons and aircraft, and we still have not worked out the F-16 (fighter jets) issue with you,” he added.

Erdogan said Türkiye will not give up on dialogue so that the Cyprus issue can be resolved on a fair basis with new and concrete steps.