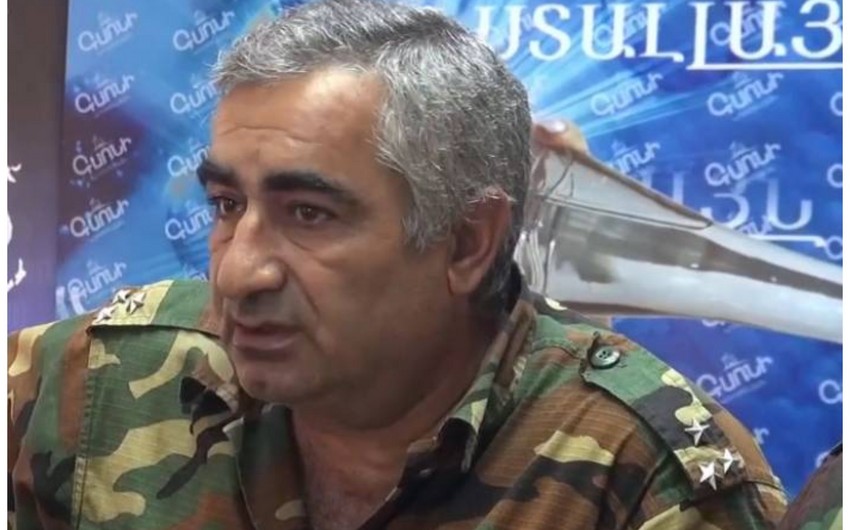 A number of media outlets and social network pages spread videos, where Koryun Gumashyan, Colonel of the Armenian Armed Forces, in an interview with “Noyan Tapan” agency in Yerevan and Armenian television on June 6, 2021 admitted that about 500-600 hectares of land in Kalbajar and Lachin districts have been mined. For this purpose, 17 trucks of both anti-tank and anti-personnel mines have been buried.

Report informs, citing the prosecutor general’s office that in this regard, the investigation conducted by the Prosecutor General’s Office revealed suspicions that, Koryun Gumashyan, Director of “Tigran Mets” Military Training School, Reservist Colonel of the Armenian Armed Forces, by prior conspiracy have entered into criminal relations with other persons whose identities are being investigated. For the purpose of carrying out provocative activities, committing massacres against Azerbaijani citizens, and deliberately depriving people of their lives, 17 trucks of anti-tank and anti-personnel mines were buried in Lachin and Kalbajar districts of the Republic of Azerbaijan.

Non-refutation by Armenian military-political leadership of features related to landmines stated by Koryun Gumashyan or the absence of any formal statement indicates the existence of such facts.

Also, the fact that our compatriots have been killed and received various injuries as a result of explosion of anti-tank and anti-personnel mines in the recently liberated areas of Lachin and Kalbajar districts, reaffirms that the facts presented are true.

In connection with the above, a criminal case has been initiated by the Ganja Military Prosecution Office under the relevant articles of the Criminal Code. Koryun Gumashyan was charged under Articles 120.2.1 (murder by a group of persons by prior conspiracy), 120.2.7 (murder of two or more persons), 120.2.12 (murder with intent to incite national, racial, religious hatred or enmity) and other articles. By the court decision arrest as a measure of restraint was chosen and he was put on the international wanted list.