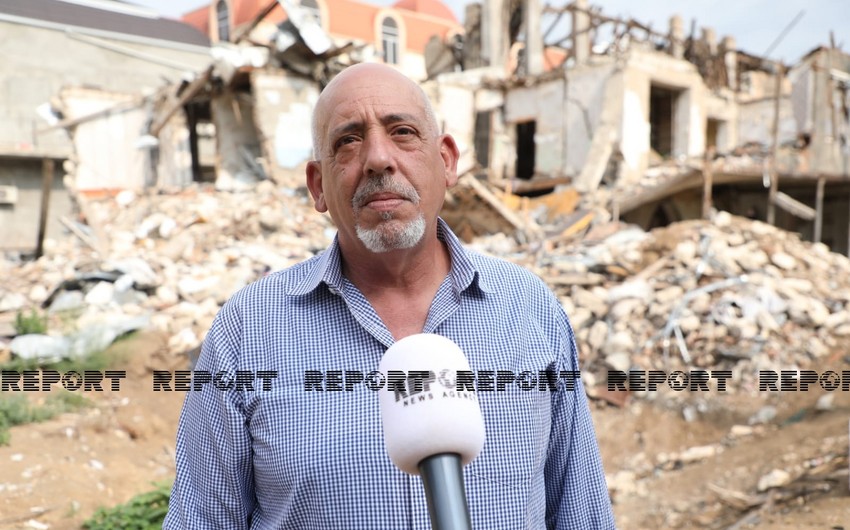 A group of foreign journalists from Latin America has visited Ganja and got acquainted with the consequences of Armenia’s missile strikes on a peaceful Azerbaijani city during the Second Karabakh War.

Report informs that journalists from Mexico, Brazil, and Colombia visited the site of missile strikes that killed 26 residents of Ganja last October, including children and infants. The journalists were informed about the devastating consequences of the Armenian attack on the peaceful city.

Brazilian journalist Fabiana Ceyhan called the incident an absolute tragedy and a provocation from the Armenian side. “Ganja is the second-largest city in Azerbaijan. The city was far from the fighting in Karabakh. People lived their own lives, and in an instant, their life was cut short right in their own homes. It is very sad. It is a real tragedy.”

Colombian journalist Roberto Trobajo could not hold back his tears at the sight of the destruction.

“What happened in Ganja shocked me the most among all things I saw during the visit because the attack targeted a peaceful city at night. There are very young children among the victims. They all died at night in their sleep. This is a real atrocity, cruelty. Maybe God will forgive this, but as a person, I cannot forgive such a crime, a real crime against humanity,” said Roberto Trobajo.