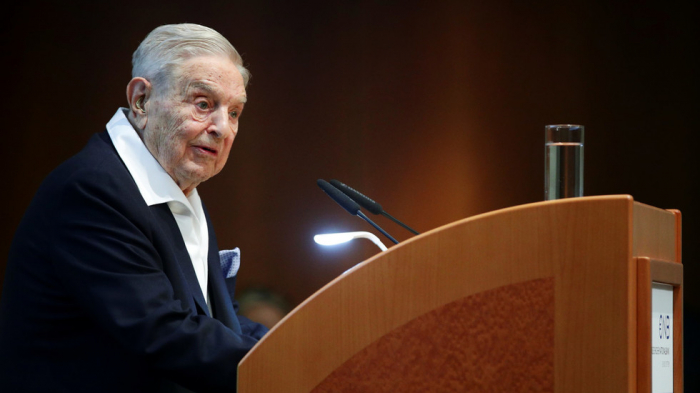 Donald Trump wants to improve the US economy instead of shunning economic cooperation with China as part of a crusade for democracy, billionaire activist George Soros has complained in an op-ed article.

The US president should be applauded for waging economic warfare against China, but he must not use restrictions placed on Huawei as a bargaining chip to cut a trade deal with Beijing, the Hungarian-American businessman wrote in the opinion piece, published by The Wall Street Journal.

In it, the founder of the Open Society Foundations accuses Trump of seeking a trade deal with China as part of a cynical plot to “bolster the US stock market and economy to improve his chances at re-election.”

Instead of concerning himself with the economy, Soros suggests that Trump should keep piling economic pressure on Beijing, in a bid to “open” Chinese society to liberal reforms. “My interest in defeating Xi Jinping’s China goes beyond US national interests,” Soros admits, criticizing Trump for not sharing his worldview.

Soros’ work “opening societies” has made him a figurehead for a global brand of open-borders liberalism. “The EU has to accept at least a million asylum-seekers annually for the foreseeable future,” the billionaire declared in 2015, at the height of the migrant crisis. That rhetoric set him up for a clash with Europe’s more nationalist leaders, like Hungary’s Viktor Orban, who responded with a series of laws aimed at shoring up border security and at penalizing Soros’ operations in the country.

On China, Soros has long been a critic of Xi Jinping. In January, he slammed Xi for investing in “machine learning and artificial intelligence” as alleged means of authoritarian control, and has slammed western tech firms for doing business in the country.

Soros warned in his most recent op-ed that, if Chinese firms such as Huawei are allowed to compete in the global market, Beijing will be able to expand its “systems of political control worldwide.” Though left unstated, this expansion of control would likely rub up against Soros’ softer approach, which involves funding liberal causes in 120 countries worldwide, some of them also aimed at controlling the flow of information online.

According to Soros, winning a brewing global information war comes before the political interests of Donald Trump, and even before the US economy. Whether Trump, or the US electorate, will agree, is another story entirely.

Algeria has reported its first confirmed case of the new coronavirus, an Italian man who…