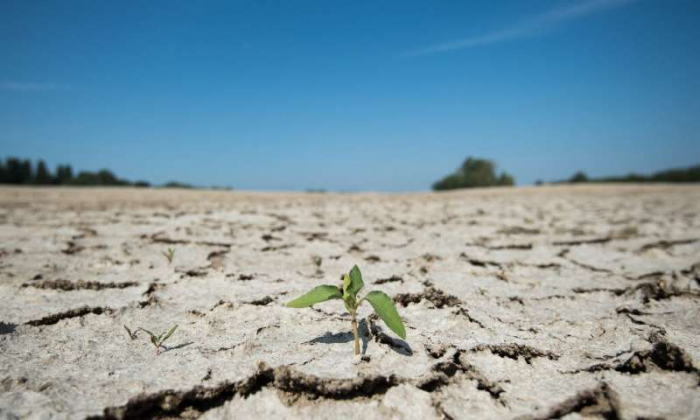 Punishing two-year droughts like the record-breaking one that gripped Central Europe from 2018 to 2019 could become much more frequent if the region fails to curb greenhouse gas emissions, researchers said Thursday, affecting huge swathes of its cultivated land, according to AFP.

The five hottest years in recorded history have occurred in the last five years.

This extreme heat was exacerbated in 2018 and 2019 by two consecutive summers of drought that affected more than half of Central Europe, according to a new study published in the Nature journal Scientific Reports.

Researchers in Germany and the Czech Republic used data going back to 1766 to conclude the drought was the largest-scale and most severe dry spell ever recorded.

“The observational record suggests that the ongoing 2018–2019 European drought event is unprecedented in the last 250 years, with substanprolongedtial implications for vegetation health,” the study said.

Researchers then sought to estimate whether prolonged droughts would become more frequent in the future by using global climate change models.

Under a scenario where greenhouse gas emissions continue their inexorable rise, the researchers predicted that the number of extreme two-year droughts will increase sevenfold in Europe in the second half of this century.

This would result in a total of 40 million hectares of cultivated land affected — equivalent to 60 percent of all crop areas in the region.

When researchers modelled for moderate emissions, the predicted number of two-year droughts halved compared to the worst case scenario, while the area expected to be hit by the drought also reduced.

Kumar said this suggests a reduction in emissions could lower the risk of these damaging dry periods.

The researcher said a two-year dry period presents a far greater threat to vegetation than the single-summer droughts of previous years because the land cannot recover as quickly.

He said around a fifth of the Central European region had recorded poor vegetation health in the last two years.

“Thus, it is with the utmost urgency that we need to recognise the importance of these persevering consecutive year events, and to develop a holistic framework to model the risk,” he added.

Over 34 percent of the total land area in the region is extensively used for agricultural purposes, it said.

The 2015 Paris climate deal commits nations to capping temperature rises to “well-below” 2C (3.6 degrees Fahrenheit) above pre-industrial levels and to strive for a 1.5C limit if at all possible.

With just 1C of warming so far, Earth is already buffeted by record-breaking droughts, wildfires and super storms made more potent by rising sea levels.

To keep in line with the 1.5C target, the United Nations says global emissions must fall by 7.6 percent every year this decade.